Opera today unveiled the Release Candidate of Opera 10 and also announced that the final version will be released on September 1st. The company says that this version has better performance, a Turbo mode for people with slow internet connections, support for a variety of Web standards, and improvements to the Opera Mail feature.

According to the Desktop Team this version should be considered a stable release and only selected fixes will be added if absolutely necessary. Here is what Opera's vice president of desktop products had to say: "Now we are very close to releasing the best browser in Opera's long history. We hope everyone who has helped us test our browser thus far will put the release candidate through its paces."

The most obvious change has to do with the application icon of the browser that was designed by Oleg Melnychuk. The red O has received a major facelift and is now available in bigger sizes, also, the document icon has been updated. 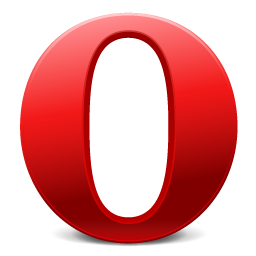 According to Techcrunch, Opera claims the browsers will be 40% faster than Opera 9.6 (due to the Presto rendering engine) which was the last major release.

Opera's current market share is being pegged at 1.97% according to Marketshare. So, will their market share increase post the release of Opera 10.0? How many people are going to use it as their main browser? That is the only question left on everyone's mind.

The new Opera release candidate is available for download now.