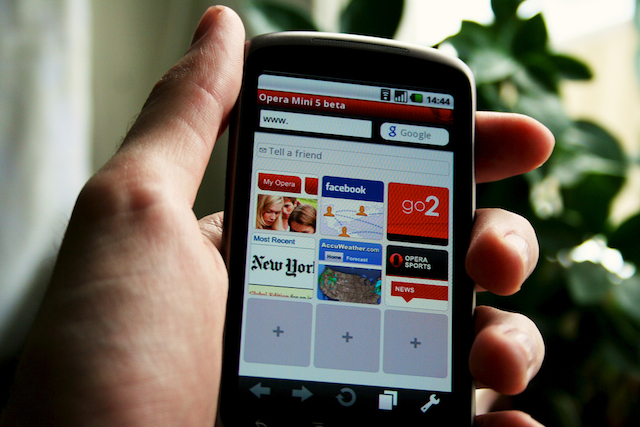 It looks like everyone wants a say in the ongoing Flash vs HTML5 wars that Steve Jobs recently ignited. In an interview with TechRader on Thursday, Opera product analyst Phillip Grønvold stated that Flash as a video delivery service “makes very little sense” and that they are looking towards open web standards for the future.

While Grønvold made it clear that presently Flash is a necessity to view today’s internet content, he reiterated Opera’s support for open web standards—something that Flash is not. His claim that Flash video “makes little sense" hinged on its high resource usage and negative effects on battery life.

Select quotes from the interview:

"Flash does have its purposes and will have its purposes, the same as [Microsoft's] Silverlight and others, especially for dynamic content. But flash as a video container makes very little sense for CPU, WiFi battery usage etcetera – you can cook an egg on [devices] once you start running Flash on them and there's a reason for that.”

Mobile chip company ARM also joined in on the action on Thursday by faulting Adobe for not delivering on Flash for mobile devices. ARM and Adobe originally signed a pact in 2008 to deliver Flash Player and Adobe AIR for mobile devices. Two years later, Flash and AIR are still not on the majority of mobile devices that ARM powers (though Android should be getting a finalized release this June).

"We thought [smartbooks] would be launched by now, but they're not," Drew told ZDNet UK on Tuesday. "I think one reason is to do with software maturity. We've seen things like Adobe slip — we'd originally scheduled for something like 2009."

"Our target is mostly internet machines — it becomes sort of a requirement that they run the internet," Drew said. "[The delay in optimising] Flash has stalled it”.