Hot on the heels of the Huawei Mate X's debut at the Mobile World Congress (MWC), OPPO has teased its own take on foldable smartphones via Weibo. It is noticeable, though, that OPPO's foldable phone shares a generally similar design with the Mate X.

Oppo's Vice President, Brian Shen, posted images of the company's foldable device to his Weibo account. However, he clarified that there's no plan yet for mass production until the company sees positive reception from consumers, not to mention some arguments surrounding its use cases.

The Chinese company is obviously taking a similar approach to folding handsets as Xiaomi, which showed off a video demonstration for its foldable phone last month. Like OPPO, Xiaomi also didn't have a name for the device. The company's President and Co-founder, Bin Lin, promised then that Xiaomi might consider rolling out the phone to consumers in the future, depending on market response.

Bearing a striking similarity to the Mate X, OPPO's foldable phone has an OLED display that folds on the outside, unlike Samsung's Galaxy Fold. On one side of the device, there's a dedicated grip for holding the device when unfolded, with the cameras slapped onto it. 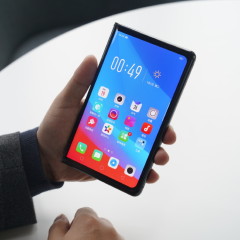 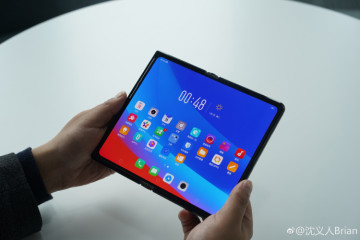 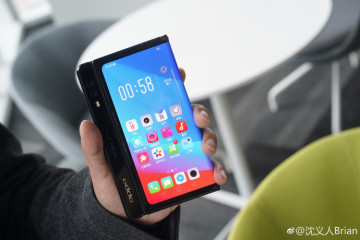