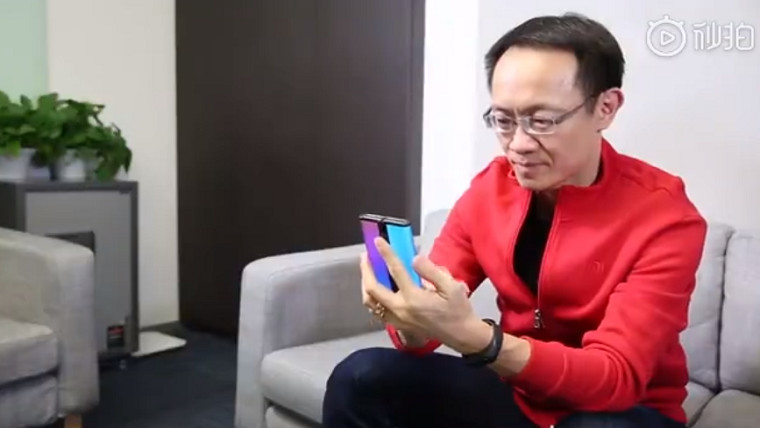 A mysterious video surfaced online earlier this month showing what was believed to be a foldable phone made by Xiaomi. Although the Chinese electronics giant didn't verify the clip, the company's President and Co-founder Bin Lin has now confirmed, albeit indirectly, the existence of Xiaomi's upcoming foldable smartphone.

In a teaser video posted to his Weibo account, Bin is seen scrolling through the display of a tablet-size device and then folding its sides symmetrically to transform the handset into a smartphone form factor. The video was also shared via Twitter by Donovan Sung, Xiaomi's Director of Product Management.

Check out this special video from #Xiaomi President and Co-founder Bin Lin, showing off a very special phone prototype... 😎

What does everyone think we should name this phone? 🤔#InnovationForEveryone pic.twitter.com/1lFj3nM7tD

Besides confirming the previously rumored device, the video offers a good deal of information about its design. For example, the clip shows how the user interface adapts to occupy the middle portion of the display when the device is folded.

Additionally, there's a power button sitting at the top-center of the phone when it is positioned in a landscape orientation, unfolded. That button seems to be deliberately placed that way so that it comes handy when the device is folded.

At this point, the foldable phone is only a prototype and Bin said Xiaomi might consider mass-producing a commercial device if it gains traction online. Given the amount of work the company has invested in its development in order to address technical challenges, it may only be a matter of time before consumers get their hands on the actual product.

At present, Xiaomi is considering two possible names for the device, specifically "Dual Flex" or "Mix Flex" but the company is open to suggestions from the public.