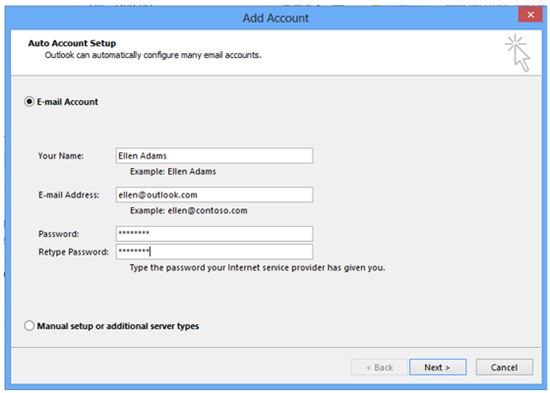 In a new post on the official Outlook blog, Microsoft stated that Outlook 2013 will no longer need the older Outlook Connector protocol to sync up accounts with other devices and online services. According to the post:

Outlook 2013 uses newly-added support for the rich Exchange Active Sync (EAS) protocol that has become the gold standard used by smartphones and other mobile devices. EAS will sync mail, calendar, contacts and tasks from your Outlook.com account! We've heard many requests from users who want to sync their tasks from an Outlook.com account, and now you can.


The blog goes over how to set up Outlook 2013 for it to sync up to an Outlook.com address. It also reveals how to connect Outlook 2013 to a custom domain that's connected to Outlook.com. Microsoft adds that users who upgrade their older Outlook 2010 client to the new Outlook 2013 version will find that their Hotmail accounts will be set up automatically using EAS. It states, "When you open your new Outlook 2013 you'll be able to access the personal email accounts you had set up."