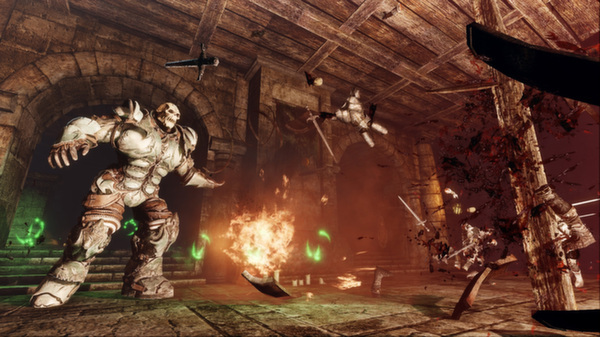 October 31 is the day we'll be seeing Painkiller: Hell & Damnation hit the PC, three months before it comes to consoles (for once) on January 22, 2013. The game is a remake of the 2004 shooter Painkiller and its expansion Painkiller: Battle out of Hell, complete with updated graphics and a new co-op campaign but largely the same gameplay as the originals.

Unlike the original game which was censored to satisfy German regulators, the PC remake will be fully uncut and featuring some scenes that never made it into the original game. The guys handling the remake, The Farm 51, neglected to mention exactly what has been put into the uncut version of the game, but we bet it's pretty badass.

You can pre-purchase the game's Standard edition on Steam at the moment for $19.99, or you can shell out $29.99 for the Collector's Edition including a behind-the-scenes artbook, game soundtrack, making-of DVD and some exclusive in-game items.