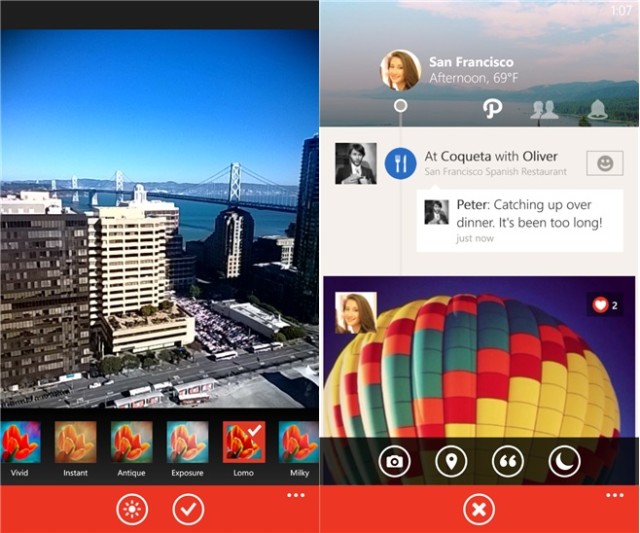 Windows Phone has been getting a lot of official high-profile apps. Today another one joins the Store as the popular social network Path becomes available on Windows Phone 8.

Path was originally only available on the iPhone where it made quite a name for itself, expanding to Android and the rest of iOS later. The social network was revealed to be joining the Windows Phone ecosystem at the 1020 launch event from last year.

Now that day has finally arrived and users can head over to the Windows Phone Store and start using the official app.

For those of you who are new to this, Path is a social network supposedly designed around privacy. You only share your posts with the people you want to and there’s no public stream so you don’t have to worry about accidentally sharing stuff with strangers.

The Windows Phone version of Path also brings some unique features compared to other platforms. The developers worked closely with Nokia and implement the Nokia Imaging SDK into the app, giving Lumia users access to 50 photo filters.

Those of you who are curious to try it out can download the app for free from here.