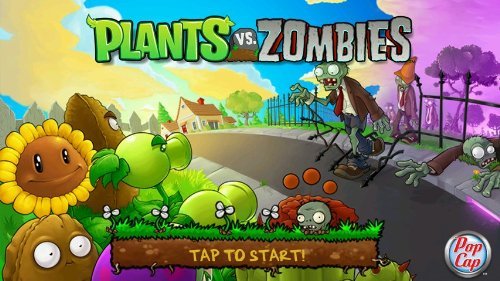 As we previously reported, PopCap is finally taking the Android market seriously. They began by releasing the excellent Chuzzle to the Amazon Android marketplace and now they've brought one of their arguably most well known titles to Android - Plants vs Zombies.

Depending on how casual a gamer you are, you may know PopCap best for a variety of titles, such as Peggle and Bejeweled. However, Plants vs Zombies made a huge splash when it released on PC two years ago, delighting both casual and hardcore gamers alike with its quirky, but addictive, gameplay. It has since been ported to almost every other platform you can imagine, from Xbox Live Arcade, to iOS and even the Nintendo DS, but Android has been noticably left out - until now.

Peggle is still due to make its way to Android this summer, but no firm release date has been given.

Unfortunately for many, PopCap is temporarily remaining exclusive to Amazon, which is bad news if you live outside of the US and want to get your hands on the title right now, but fear not - we have you covered.

Paul O'Brien of Modaco has written up a detailed, easy to follow guide on accessing the Amazon store from outside the U.S. He has even split up his guide into an "easy" route for if you're just interested in the free apps and a slightly more involved route for if you want to buy the premium apps. Now you've got no excuse for missing out on some fantastic zombie action.

Why are you still reading this? Plants vs Zombies is free for today only, so get to it before the zombies eat your brains.