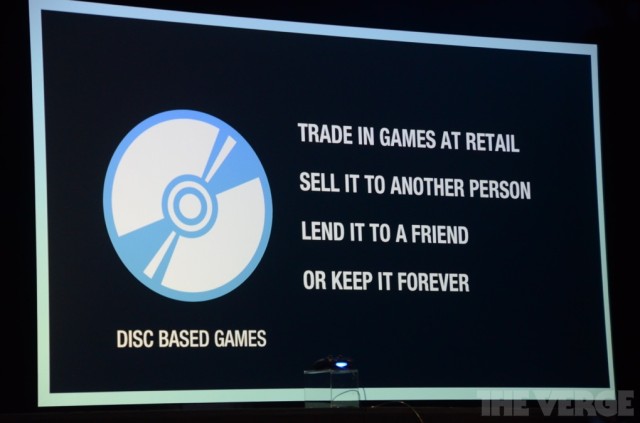 Sony has just announced at their E3 2013 press conference that the PlayStation 4 will be friendly towards used games. The company will not impose any restrictions on what you can do with the game discs you purchase; you can sell them to other people, lend it to friends, trade it in at retail or even keep it forever. They've even posted an instructional video on how you can share games between friends. 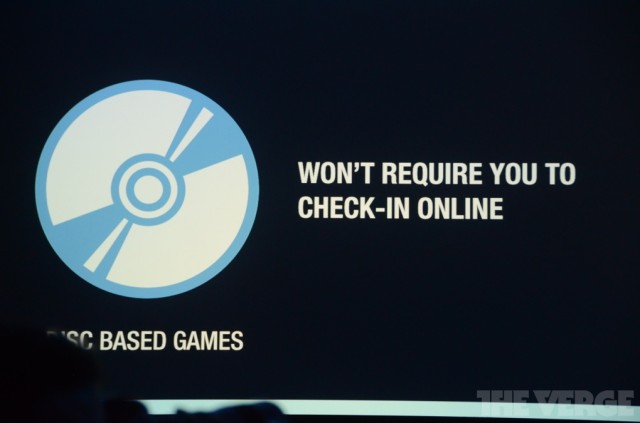 The company also announced that the console will not require you to check-in online when you have a disc-based game. "It won't stop working if you haven't authenticated within 24 hours," Jack Tretton, CEO of Sony Computer Entertainment of America stated at the conference, taking a direct jab at the Xbox One's restrictions. A huge slide at the event also said that the console "doesn't need to be connected".