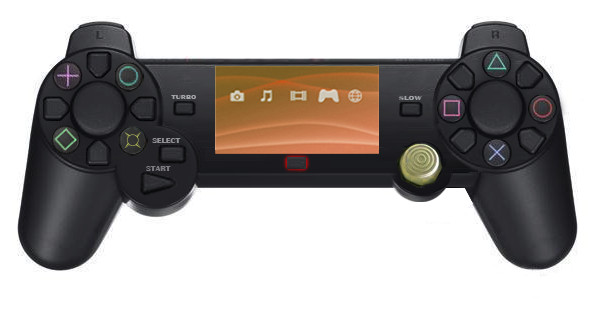 The Internet rumor mill for the next versions of the Xbox and Playstation has been going into overdrive in the past few days, as rumors about the hardware performance of the next game consoles and more info on their graphics chips have popped up.

Now, yet another rumor over at Computer and Video Games claims to have a little more info on the controller design for the Playstation 4. The article, which naturally uses unnamed sources, says that the familiar DualShock design that's been a part of the console since the original Playstation is being ditched in favor of one that will include an LCD screen and some kind of biometric sensors for the controller's grips.

While adding an LCD screen to the controller is not a huge stretch (the current Nintendo Wii U has one for its main gamepad), the idea of putting in biometric sensors in the gamepad is something new. The article didn't state what these sensors would be used for in terms of gameplay for potential PS4 game titles.

The article goes on to speculate that Sony could allow the current DualShock controllers for the PS3 to be supported for the PS4 as secondary gamepads. Rumors are flying that Sony and Microsoft could officially announce their next generation game consoles as early as March of 2013.