Quantum Break launched on the Windows 10 Store just a few months ago, and is headed to Steam next month. While the AAA game has a respectable four-star rating in the Windows Store, many have complained about performance issues, including stuttering even on the lowest settings. Now it appears that Remedy, the developer behind the game might not release patches for the Windows Store version after all. 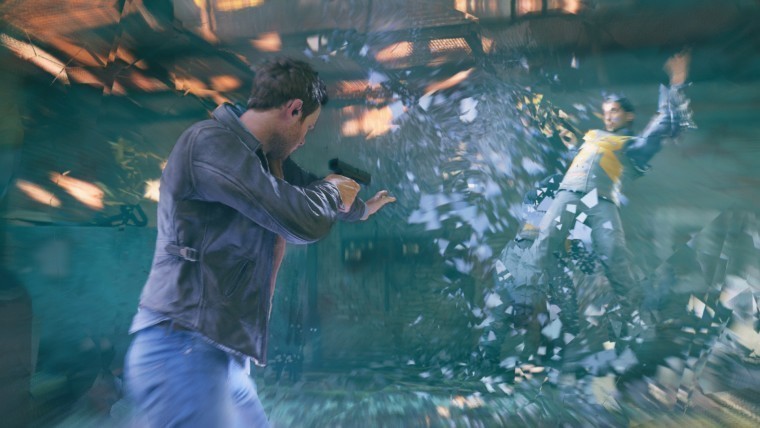 In a response to a fan with regards to Quantum Break's performance issues, Remedy head of communications Thomas Puha stated that it's "unlikely" that the company releases a patch for the Windows 10 Store version in the future.

@sabin1981 @QuantumBreak sorry to hear you are having problems. Its unlikely we release another Win10 patch.

Another user also inquired if customers could get discounts on purchase of the Steam version if they had already bought the Windows 10 version. In response, Puha went on to say that Remedy doesn't "make those business decisions, we make the game".

@CaptainBakayaro we dont make those business decisions. We make the game.

With that being said, the executive hasn't clarified if his comments refer to future patches which fix performance issues only, or if it includes DLC and other content added via updates as well. We have reached out to Remedy for clarification and will update when they respond.

With the Steam launch of Quantum Break just around the corner, fans have an alternative to still play the game on PC, but it's certainly bad news for Windows Store customers, who already purchased the title. The Windows Store version of the game was plagued with several issues on launch, including locked frame rates, and lack of support for G-Sync and FreeSync. While Microsoft addressed a few of these issues later on, apparently gamers are still unhappy with the state Quantum Break on Windows 10.

Quantum Break's launch on Steam also opens the gates to Windows 7, 8 and 8.1 gamers, who have been unable to play the game on PCs yet. The AAA title starring X-Men's Shawn Ashmore, Game of Thrones' Aidan Gillen, and Lord of the Rings' Dominic Monaghan, is slated for a launch on Steam on September 14.

Thanks to Geezy for the tip!

Update: Thomas Puha has now stated that the Windows 10 version of Quantum Break will receive future updates, which is a "given", contrary to his previous claims. He has also apologized for the confusion caused by his previous tweets, stating that parity is important.