Yesterday, Google announced their new social networking tool, Buzz.  The tool started going live yesterday but is slowly being rolled out to the masses that are using Gmail.  The service that many are calling a ‘Twitter killer’ operates in a similar fashion to Twitter, but the overall idea is much more robust than what Twitter currently offers.

The service, which Neowin covered yesterday as it was announced, is clearly in its infancy.  Regardless of how old the platform is, it’s not hard to figure out how it will work and how it can potentially change our conversations.

The landing page is what you will see after you get thru the initial page of where the service is introduced. (Note: You need to run IE 8 in compatability mode for the page to work correctly) It allows you to link up other services that you do use, including Twitter; although, the service is not currently pulling in the tweets from the account that is currently linked.  You are also able to link your other services like YouTube, Picasa, Flikr, and a few others.  It seems that Google is trying to aggregate a bunch of popular services into one general feed, although Facebook is currently left out, but it’s not completely off the table as announced yesterday in the press conference. 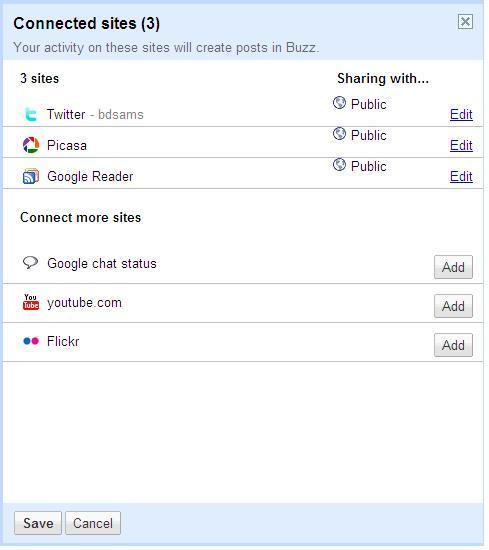 What will separate Buzz from Twitter is the ability to share more information with greater ease.  Google Buzz is not limited in length nor does it appear to have limit on the amount of photos that can be uploaded.  The service acts more like the Facebook news feed in the ability to share information quickly, post photos, and comment on your ‘status’ but Buzz doesn’t have 50,000 Farmville notifications clogging up your feed. 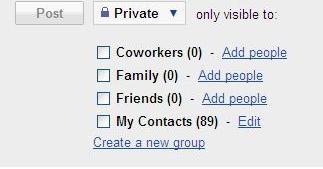 For those who are concerned about privacy, there are options to allow you to limit who can view your posts.  If you post it as ‘public’ anyone will be able to see it, but selecting ‘private’ from the drop down list gives you the ability to limit who can view your post. This option is quite granular as you can select only one person to share the post with if you so choose.

Overall, the service feels familiar in its layout but like any social network service, it will depend on if the masses will adopt the new platform.  If they do, it could pose a serious threat to Twitter and Facebook, but will it kill either service completely? Probably not.