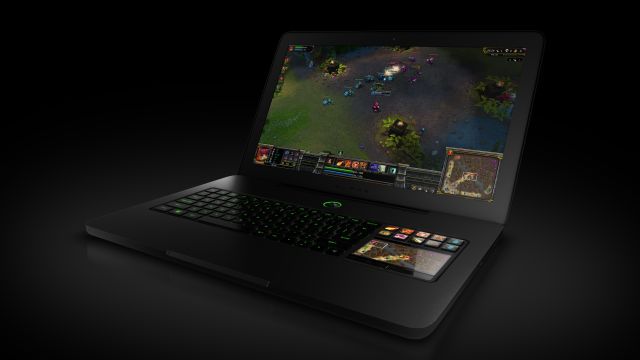 For the past several days the Razer gaming PC peripheral company has been teasing the public with a web site, PCGamingIsNotDead.com, with the promise of a major new product that it claimed would put PC gaming back on top. Today that product was finally unveiled and is a PC gaming laptop that the company is calling The Razer Blade. The laptop features a 17 inch back lit screen but weights just under 7 pounds and is only .86 inches thick.

The new device will also be using a version of the Switchblade user interface which the company introduced when it announced its Switchblade portable PC concept device in January. The Razer Blade will have 10 special keys that can change depending on which game is being played on the Razer. it also comes with an LCD placed next to the keyboard. When used with a PC mouse, the LCD screen displays in-game information. You can see how the keys and the LCD screen works in the video below.

Razer will be showing off its Razer Blade laptop at PAX Prime in Seattle this week. The laptop is scheduled to launch later this year for $2,799.