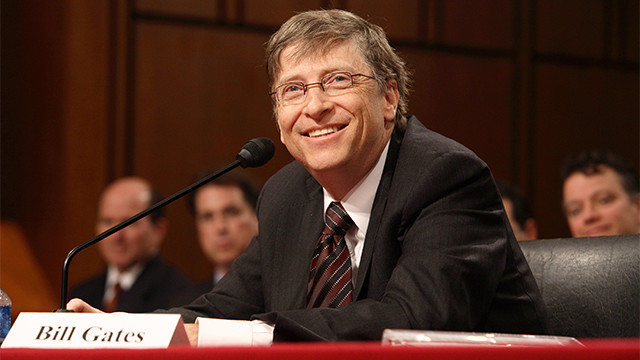 Microsoft co-founder Bill Gates is more involved with the company's search for a new executive than originally thought, a new report claims, citing a source who says Gates plans to be "much more involved in the company going forward."

According to a new report by Re/code's Kara Swisher, Microsoft won't name its new CEO to replace Steve Ballmer in January, largely because Gates, who remains the chairman of Microsoft, will be indisposed for most of the month. Much of his availability is being taken by the Bill & Melinda Gates Foundation, Swisher states, as he will be working on the foundation's lengthy annual letter.

Gates has stated he'll spend "considerable time" with Microsoft's new CEO, though it was previously reported that his say in the choice of that person wouldn't be as great as many believed. Several articles have noted that another member of Microsoft's board, John Thompson, is leading the search process, though Swisher's source states that "nothing is going to happen without [Gates]," implying that the Microsoft founder may have the final say in who leads the company.

It was previously reported that Microsoft hoped to name a new CEO by the end of 2013, though it's now planning on revealing a new leader early this year. On Dec. 17, a statement attributed to Thompson was posted on Microsoft's website announcing the timeframe, though no hints were given about an exact date. Thompson wrote that he was "pleased" with the board's search progress, saying that the list of candidates had been narrowed in the process. Ford CEO Alan Mulally narrowed that list further when he formally took himself out of the running Tuesday following several non-denials.

Swisher claims Satya Nadella, Microsoft's executive vice president of cloud and enterprise group, is the leading internal candidate for the position, followed by Tony Bates, executive vice president of the business development and evangelism group. Stephen Elop, who will return to Microsoft when its acquisition of Nokia's smartphone unit is complete, is said to be "a more distant third."

External candidates remain relatively unknown for the position, as several have declined to be considered. Paul Maritz, a former Microsoft executive who Swisher says is "the dream CEO for many inside Microsoft," allegedly spoke with Gates about the position but removed himself from the running.