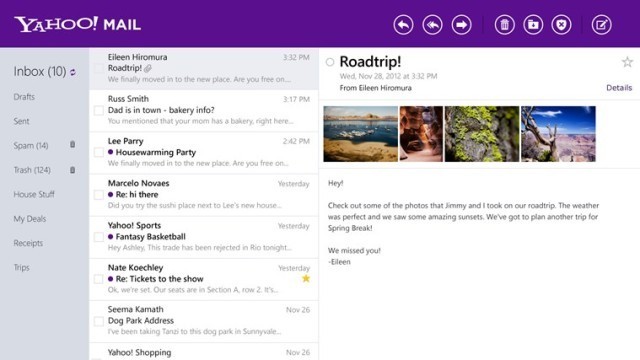 Users of Yahoo Mail can now rest a little easier; the company has now set things up so that emails are encrypted by default from the service. Yahoo made the announcement on its Tumblr page this week. It had previously promised in November it would not only encrypt its email but all data to and from its servers by April 2014.

Anytime you use Yahoo Mail - whether it’s on the web, mobile web, mobile apps, or via IMAP, POP or SMTP- it is 100% encrypted by default and protected with 2,048 bit certificates. This encryption extends to your emails, attachments, contacts, as well as Calendar and Messenger in Mail.

Many Yahoo Mail users might say, "It's about time". Google's Gmail has encrypted all email by default since early 2010. Microsoft's Outlook.com, which launched in July 2012 as the eventual replacement for its old Hotmail service, has encrypted emails by default from the start. Even Facebook began offering such features by the end of 2012.

Yahoo Mail has had its share of issues in the past few months. A relaunch of the service in October was met with criticism from long time users for ditching features such as tabs, which Yahoo later added back. A few weeks ago, the service experienced problems that didn't allow some of its users to check their accounts for several days.