2011 was a year that customers, employees and directors of Research In Motion would undoubtedly like to forget. It stands as a textbook example of how not to run a multinational corporation: the weak launch of the half-finished PlayBook; the four-day global service outage, which unfortunately ended the day before the launch of the iPhone 4S; the decision to launch high-end products based on its ageing BlackBerry 7 OS rather than address the continued delays to its next-generation BlackBerry 10 devices… you get the idea.

It’s not difficult to understand why RIM’s shares lost almost 80% of their value last year, and why the company’s share value is now less than the value of its assets. 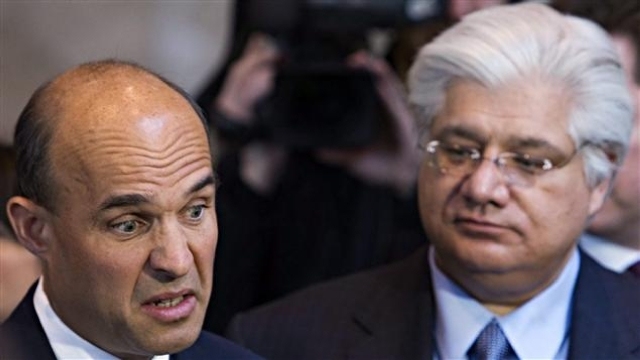 RIM’s co-chairmen, Jim Balsillie and Mike Lazaridis, have presided over the unmitigated disaster, seemingly oblivious to the extent of their failure to lead the company back on the path to success. That lack of leadership has not gone unnoticed by RIM’s board of directors, it seems; the Financial Post reports that the two men at the top will soon be ousted as co-chairmen, with a new single chairperson replacing them.

Quoting ‘sources familiar with events’, the FP claims that RIM’s management structure has been under scrutiny by seven independent directors, including Barbara Stymiest, who is believed to be the current favourite to replace Balsillie and Lazaridis. RIM consented to assess its management and governance roles last summer, in response to shareholder concerns.

Nothing is yet set in stone; the proposal will be made in a report that will be delivered to the company’s board at the end of the month. Despite being stripped of their co-chairmanships, any proposal is likely to maintain Balsillie and Lazaridis as co-CEOs. At time of writing, RIM’s shares are up 8% in response to the rumoured changes.

Despite this encouraging news, RIM’s new year hasn’t exactly got off to the best of starts. Faced with the continuing reality that no-one wants to buy PlayBooks for up to $700 a go, the company has resorted to another fire sale that has seen its entire range of tablets selling for $299 a go. The much anticipated update to the PlayBook – expected to bring native email support to the device, at long last – is still weeks away from being made available… assuming that RIM doesn’t delay it, yet again.