If you enjoy PC gaming, the name Falcon Northwest is most likely familiar. Founded in 1992 in Oregon, the PC maker launched just as PC games were beginning to need more, in terms of PC hardware, than the normal PC. Over the years, Falcon Northwest has generated a reputation for creating PCs that were well above and beyond the norm, with high end processors, graphics and more.

The company has launched several models over the years, including its flagship Mach V desktop, its smaller FragBox, its more economical Talon line and two models of gaming laptops. However, earlier this year the company launched an all new desktop system unlike anything the company has ever launched, the Tiki. 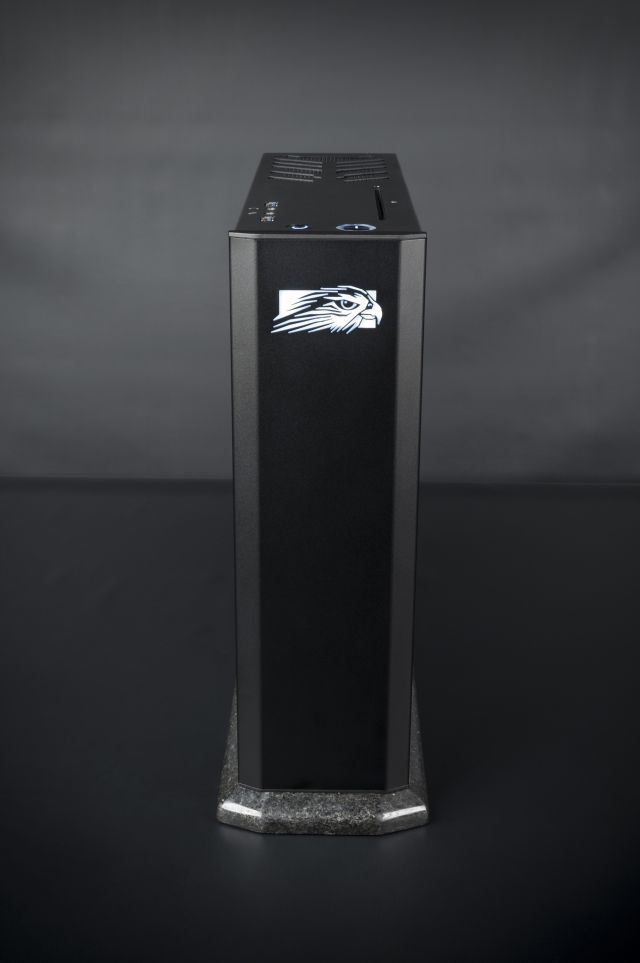 Simply put, the Tiki is one of the best looking PC systems we have ever seen in our life, and we have seen a lot. The dimensions of the Tiki with its optional, but highly recommended, granite base are 14 inches high, with a 4 3/4 and 14 1/2 inches deep. Yep, it's small.

We received a model of the Tiki that was configured with, among other things, an Asus P8Z77-I Deluxe Mini ITX motherboard, with an Intel Core i7 3770K processor. It's normally clocked at 3.5 GHz but Falcon also has a liquid cooling solution that lets them overclock the processor up to 4.3 GHz.

Our Tiki also came with a 2 GB EVGA NVIDIA GeForce GTX 680 graphics card, 8 GB of 1866MHz DDR3 RAM from Crucial, a Crucial 256 GB SSD and a roomy 3 TB hard drive from Western Digital. Of course, Falcon Northwest offers a ton of options for users to put in a number of different components. For example, Falcon Northwest now has the cheaper, but still powerful, NVIDIA GeForce GTX 660 Ti graphics card that was just launched last week. 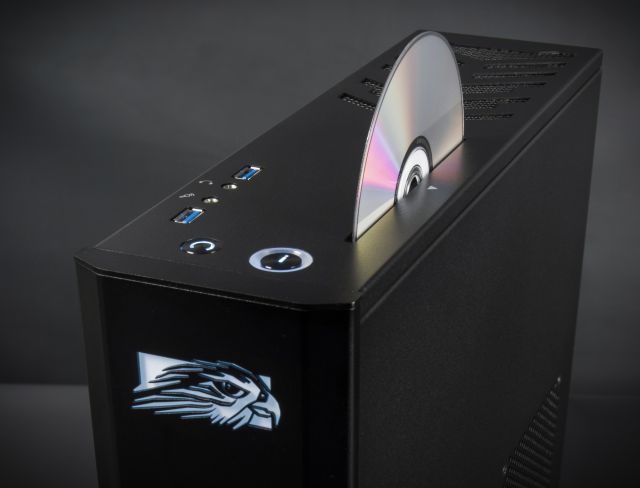 The small Tiki case has a slot loading disc drive (you have the choice of either DVD or Blu-Ray) that is placed on top of the chassis. It's a bit unusual but it adds to the unique look of the case and it works well. The top of the case also has the headphone and microphone ports, along with two USB 3.0 ports. The left side of the case contains the two vents for the Tiki's fans, and the top also has some vents as well. The back contains the usual suspects; lots of USB ports (both 2.0 and 3.0) along with the video and audio ports, networking ports and more. The Tiki includes built in WiFi antennas which means you can connect to a wireless network at home without having to physically hook up the Tiki to a router (although that's certainly preferable).

We want to get this out of the way; yes, the Falcon Northwest Tiki is priced higher than the norm: the current price for our review unit is $2,597. Buying a Tiki may not be for everyone, to be sure. However, it's hard to argue with the fact that paying for the Tiki, even with the high price tag, is worth it if you have the cash. You will have a case that is unique looking and can fit pretty much anywhere in your home and still have support for some high end and powerful components.

Note that if you were to buy the components separately, we estimate a price of around $2,000.

You will also have excellent customer support from Falcon Northwest itself. The company shipped our Tiki review unit with a big leather binder that contained not only the information about your system but also held all of the driver disks, the Windows 7 disc, the power cord and other accessories needed for the PC. It also included a USB flash drive that contains all of the data needed to restore your Tiki PC to its original factory made condition inside. 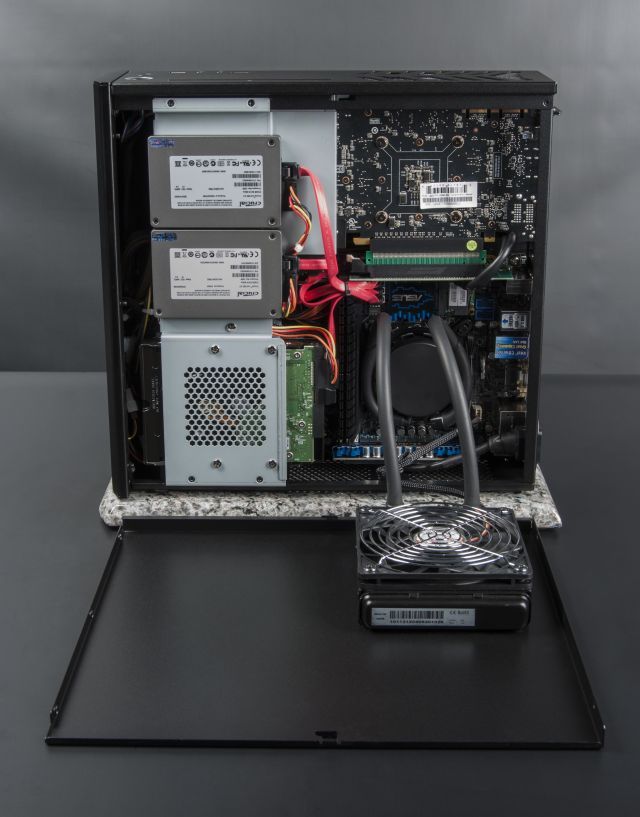 So does the Tiki impress with its PC gaming performance? You betcha. We put the review rig we received through a lot of games, including Crysis 2, StarCraft II and others, and found that the Tiki handled all the games with no framerate drop or any other problems. The rig also stays pretty quiet while playing games, which is something that not all PCs can do.

We also ran a few game related benchmarks through the Tiki. Developer Rebellion has two stand alone DirectX 11 benchmarks for their games Aliens Vs Predator and the more recent Sniper Elite V2. We ran the benchmarks several times. For the AvP program (released in 2010), we achieved an average framerate of 87.8 FPS, with a resolution of 1920x1200 with both tessellation and advanced shadows turned on. Sniper Elite V2 (released in 2012) had an average FPS of 34.4, again with a resolution of 1920x1200 and all the advanced graphical features turned on. Not too shabby.

So, are there any faults to the Tiki, besides the high price? Some people might not care for the fact that the disc drive, even though it is slot loading, is on top of the case. We liked it, but we can understand that some people might prefer that the disc drive be placed in front. Others might want to have more USB ports on the top, even though there are plenty to choose from on the back. Finally, if you are looking for a rig that can support a SLI graphics card set up, look elsewhere as the Tiki just won't handle it.

These are pretty minor quibbles for the most part. The truth is that we love the Falcon Northwest Tiki and if you want a PC gaming rig that is compact but will still play current, and most likely, future PC games without a hitch, you should consider saving up some money to purchase it. At the very least, you get a very nice Falcon Northwest coffee and a coffee mug to put it in. Neat!.

This review was based on a unit made by Falcon Northwest and sent to Neowin for review before sending the unit back.