At this week's Windows Partner Conference, Microsoft officials proudly restated the fact that the company's Windows Phone platform has now firmly established itself as the third mobile ecosystem after Android and iOS. But while that's an impressive feat, it's important to put that achievement into context: the most recent figures from IDC showed that, while Windows Phone has indeed overtaken BlackBerry into the number three spot, it still has only 3.2% of global smartphone market share.

That figure doesn't tell the whole story though, and there are numerous markets in which Windows Phone has attracted a good deal more attention from buyers. By the end of last year, for example, 13.9% of the Italian market belonged to Windows Phone, while that figure was over 6% in the United Kingdom.

Russia is another market where Windows Phone has found favour with buyers, growing from 5.1% of the market in 2012 to 8.2% in the first quarter of this year. That puts it right behind Apple's iPhone, which lost market share there over the same period, falling from 9% to 8.3% in Q1 2013, according to IDC.

That hasn't gone unnoticed by the country's largest mobile network, Mobile TeleSystems (MTS). At the end of 2012, MTS stopped selling the iPhone in response to what it viewed as unfavourable conditions set by Apple for sales of the device. As Bloomberg reports, MTS chief executive Andrei Dubovskov said: "Apple wants operators to pay them huge money, subsidising iPhones and their promotion in Russia. Now, it's not beneficial for us. It's good we stopped selling the iPhone, as these sales would've brought us a negative margin."

While Android still commands the lion's share of the Russian market, MTS sees significant growth potential in Windows Phone. The company has opened Windows Phone zones in its flagship stores, and is promoting handsets across its retail network, working closely with both Nokia and Microsoft to get the word out to customers. 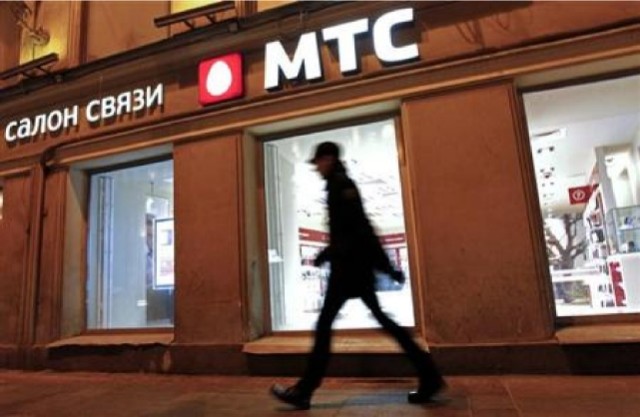 "When a handset producer is ready for co-promotion and offering special conditions to our customers, its share in our sales increases," Dubovskov explained. "As a result of such co-operation, sales of Windows Phone and Android devices in our retail chain grow faster than in the Russian market in general." He added that Windows Phone market share through MTS is "probably two times higher than its share in Russia in general", highlighting the importance and value of carrier partnerships in generating sales.

Simon Baker, an IDC analyst based in Moscow, said that Nokia's historic popularity in Russia has been an asset in driving sales of the company's Lumia range and growing Windows Phone market share there.