Despite the fact that Microsoft's recent public beta for the next Xbox 360 dashboard requires you to sign an NDA to prevent information disclosure, a tipster has leaked some details concerning the prices of games under the new dashboard to Eurogamer. According to the tipster, Microsoft's switch to using real-world currency has been completed, but game prices - at least in the U.K. - have gone up as a result. 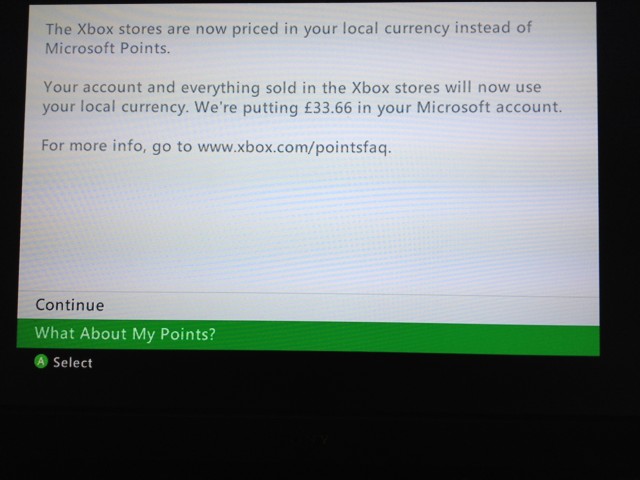 Here's a full list of the conversion changes and losses:

U.K. Xbox 360 gamers will no doubt be disappointed by the changes, as they're effectively losing money through the conversion process. It's unclear at this stage whether the currency changes affect other locations around the globe, but it seems unlikely the United States would be affected as it's the home of Microsoft, and all changes are usually based off the U.S. dollar.