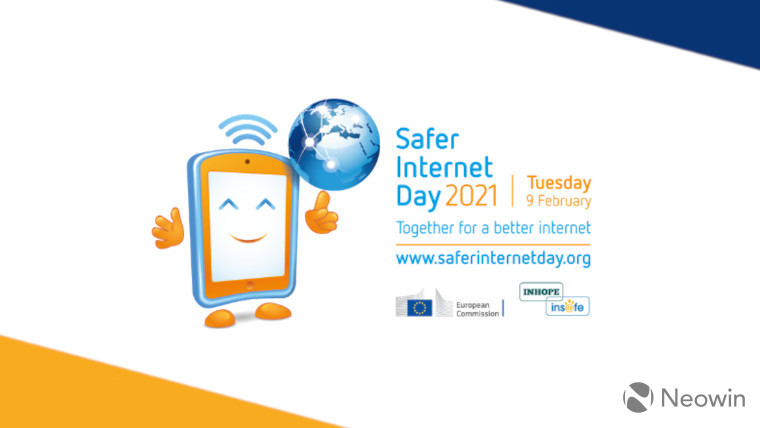 Today, February 9, is Safer Internet Day and with COVID-19 making us work and learn digitally, it’s more relevant than ever. In the 18 years that the day has been marked, it has grown from a European Union initiative to being observed in more than 170 countries around the world.

The Safer Internet Day campaign is aimed at all of the Internet's stakeholders including young people, parents and carers, teachers and educators, organisations and industry, policymakers, and media representatives. To help these groups use the net more safely, the campaign has compiled a set of resources that are aimed at different age groups and come in lots of different languages.

For this year's Safer Internet Day, Google has graduated its Fi VPN from beta and is bringing it to iOS devices and Facebook has compiled a list of all the privacy features it has introduced to Messenger recently.

“The outbreak of the pandemic and the restrictive measures that followed in many places of the world have increased our reliance on digital technologies like never before. In this context, striving for a better internet for children and young people is becoming a priority for their safety, their wellbeing and their development. We hope that Safer Internet Day can be an opportunity for everyone to make a positive difference to the online world, on the day itself and throughout the year.”

Aside from the resource directory, Safer Internet Day also has an official account on both Facebook and Twitter that it regularly updates with inspiration for using the internet more safely. The accounts also share content from national partner organisations from participating countries.