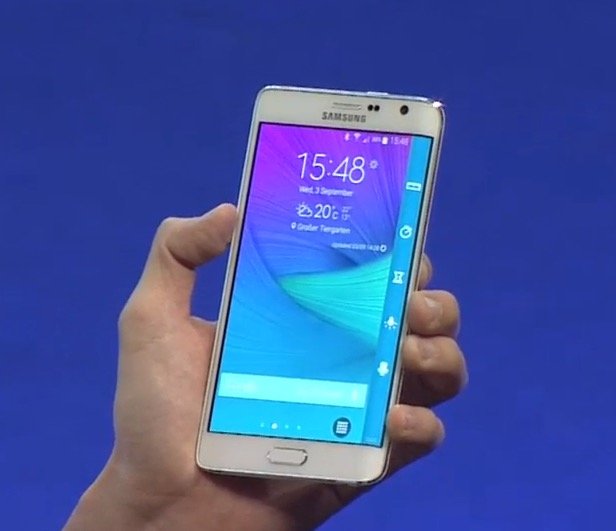 Samsung managed to surprise us today with the announcement of not only its expected Galaxy Note 4, but also an entirely new device in the range: the Galaxy Note Edge.

The new handset is virtually identical to the Note 4 in terms of its specs, but it differs in one important aspect - the display. The Galaxy Note Edge features a world-first on a smartphone, a screen that curves around the right side of the handset, adding an extra 160 pixels of width to the main 5.6-inch display area.

That curved edge acts primarily as a quick-launcher for your favorite apps, but also includes widget support - for example, scrolling a news ticker, or showing data about your health and fitness progress. You can rotate through seven different display options on the 'Edge Screen' area, and with a special Flip Wallet cover accessory, the curved display remains visible even when the cover is closed.

Samsung is opening up the Edge Screen to developers and is releasing an SDK to see what they can come up with.

While the handset's key feature is of course that outlandish screen, there's still plenty of other stuff to get excited about too - here are a few highlights from the spec sheet:

Details of pricing and availability have not yet been announced, but we'll bring you that info as soon as we have it.