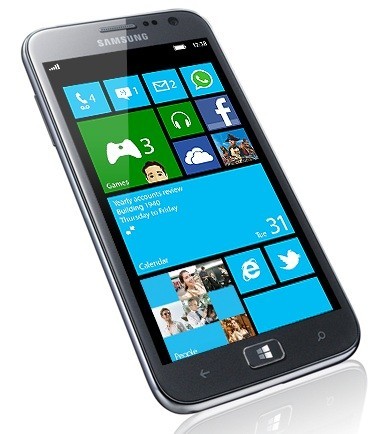 While Nokia and HTC have done a good job getting their Windows Phone 8-based smartphones to consumers in the US, the same cannot be said of Samsung's ATIV S. While it was the first Windows Phone 8 product to be officially announced in August, the Samsung ATIV S has yet to debut in the US.

However, if you live in Canada, wireless carriers such as Rogers, Bell and Telus are now selling the smartphone, according to Mobile Syrup. Prices for the ATIV S on a contract range from $29.99 to $99.99, depending on the length of the contract. Canadians can also buy the phone outright for between $599.99 and $650. The Samsung ATIV S went on sale in the UK earlier this week.

So our question is, "When will this cool looking smartphone show up in the States?". A few weeks ago, Verizon Wireless revealed they would have the exclusive on the Samsung ATIV S. However, their announcement didn't give a specific launch date, saying only that it will show up before the end of the year. With just two weeks to go before 2012 is history, Verizon seems to be cutting it a bit close in terms of offering the latest Windows Phone 8 smartphone to the US market.