Samsung launched its first Chromebook two years ago and we hadn't heard about any new launches from the company, but now a couple of images showing an unannounced Chromebook 2 have been posted to Twitter by evleaks, suggesting that Samsung might launch the next generation of the Chrome-powered laptop soon. 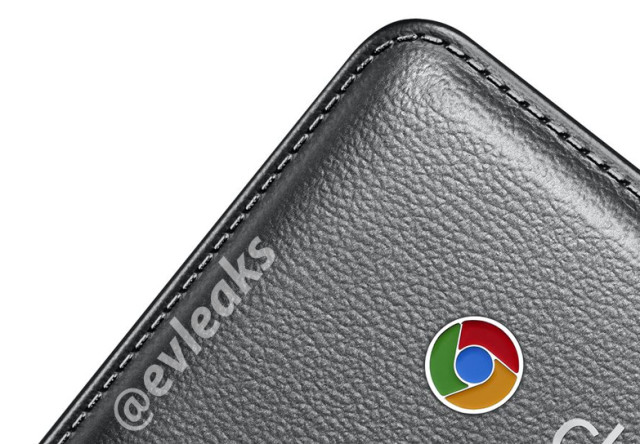 The first image, which was posted as a teaser, did not show the full device but merely the Chrome logo and the faux-leather stitching which was first seen on the Galaxy Note 3. 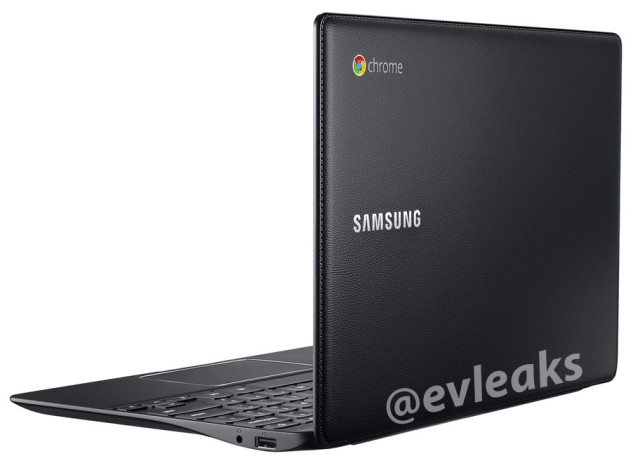 The second image, which was posted few minutes later, showed the rear-face of the Chromebook 2. As we can see from the image, the Chromebook is quite thin and strikingly similar to Samsung's Series 9 Notebook. We do not know about any hardware specifications of the device yet, but it is likely to feature an updated Exynos processor like its predecessor with updated memory and hard-drive.

Samsung recently launched the Google Chromebox along with HP for enterprise customers to collaborate using cloud services and the premium looking Chromebook 2 could be a partner device for these customers. Since no launch information is provided, there is no option but to wait till Samsung announces the product.