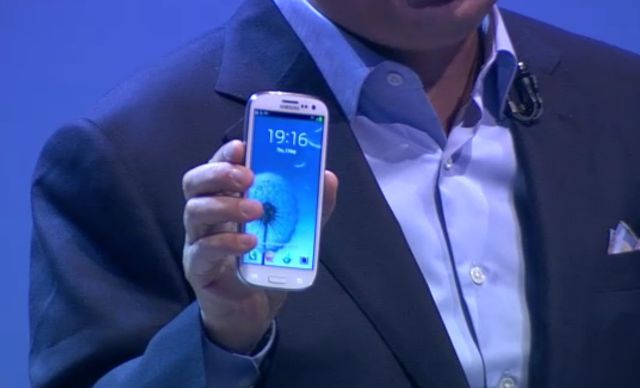 It's been the worst kept secret in the smartphone industry, but today Samsung officially revealed the Galaxy S III, the next entry in its best selling smartphone series. The announcement was made at a press event in London that was streamed live to the rest of the world.

The Galaxy S III will come with a 1.4 GHz Exynos 4 quad processor that Samsung announced a few days ago. It also will have 1 GB of RAM and a 4.8 inch HD Super AMOLED touch screen with 1280 x 720 resolution. Look for an eight megapixel rear camera along with a 1.9 megapixel front facing camera. It will also have Android 4.0 running out of the box but it will also have Samsung's own TouchWiz user interface.

Europe will get the smartphone first later in May and it will be released in other parts of the world later this year. It may be a while before a version of the phone makes it to the US. News.com report that the Galaxy S III with LTE support may not be released until sometime in December. (Update - News.com now says it is due out sometime this summer in the US) Samsung said during the press event that the smartphone will be released in 145 different countries and 296 wireless providers.