A Reddit user has witnessed his Samsung Galaxy S III self-combust while charging, saying the entire phone caught fire right before his very eyes. vizionx1208 heard a loud noise, followed by some weird squeaking noises, while he was sleeping beside his charging smartphone, only to wake up and see smoke pouring from the device and producing a horrible smell. 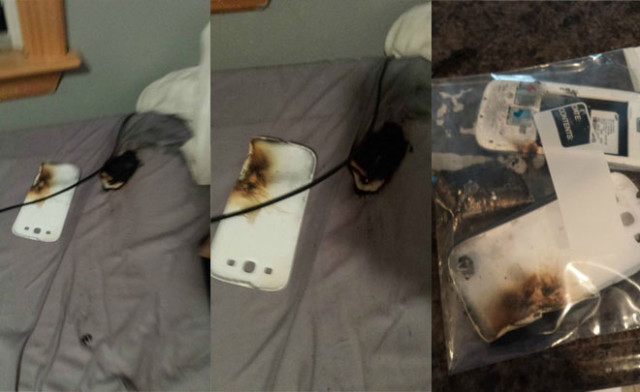 The user realized that his phone was beginning to catch fire and dumped some water on the device, but not before the phone began to melt and spit plastic about the place, lightly burning one of his fingers. Taking a look at the battery after the self combustion reveals what looks like a bulging sack of fluid, rather than the usual slim Galaxy S III battery. 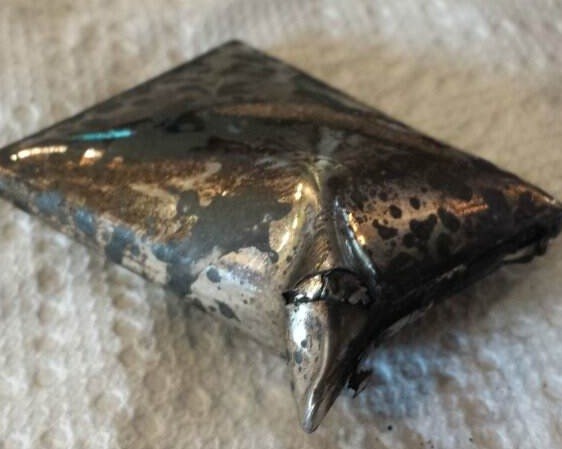 What could have caused this self combustion? Likely there was something wrong with the battery, with the two electrodes potentially combining inside the casing to cause a chemical reaction that produces a lot of heat very quickly. Hopefully someone at Samsung gets in touch with the owner of the now-dead phone to at least offer a replacement device, if not a few freebies for having his phone explode right before his eyes.

Source: Reddit via GSMArena | Thanks for the tip, BailaSheyla!