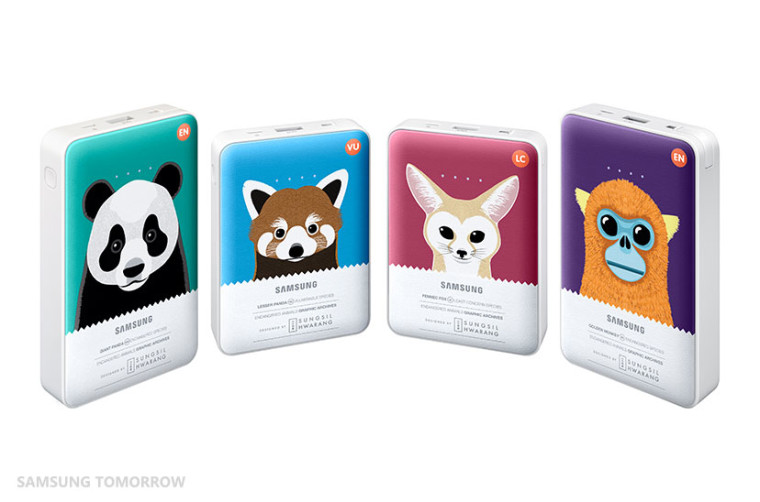 Samsung has announced the availability of the Animal Edition battery which the company showed off at MWC 2015.

At the recently concluded Mobile World Congress, Samsung made sure that the attendees did not exhaust their smartphone's juice by giving away a cute battery pack featuring images of animals; we did give one such battery pack away today.

Now, it seems that the company has bigger plans for the device, as it has announced the availability of the battery pack for the masses. The device will be available in two sizes, one with 8400 mAh capacity and the other with 11300 mAh.

The smaller battery packs will feature the image of a Lesser Panda or a Fennec Fox, while the larger ones will carry the image of a Giant Panda or a Golden Monkey. Samsung has revealed that it wants to create awareness among people about these endangered animals through this innovative way.

In addition to keeping users' devices charged up, the battery packs will be complemented by an interactive app called "Charge the Life" that will show the charging progress on compatible Samsung smartphones.

Samsung has not revealed the pricing and availability of the battery packs but they can be expected to go on sale along with the newly announced Galaxy S6 and Galaxy S6 Edge smartphones.