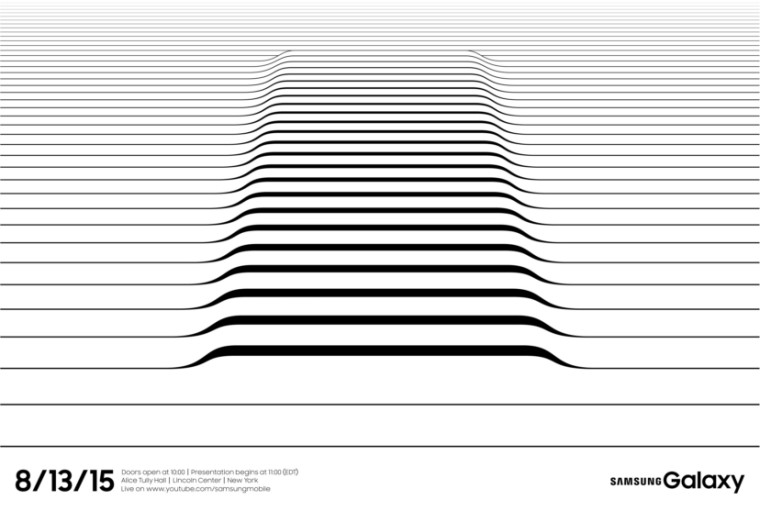 Samsung will be revealing yet another flagship smartphone at its next Unpacked event on August 13th.

It hasn't been very long since the last Samsung Unpacked event which saw the launch of the Galaxy S6 and S6 Edge smartphones, but the company has already announced the next event to allegedly launch the Galaxy S6 Edge Plus. Rumours have also indicated that Samsung could launch the Note 5 in August, and this could be the unveiling event..

The teaser image of the Galaxy Unpacked event shows a wrapped device resembling the S6 Edge, leaving very less to guess about the product that will be launched in New York on the 13th of August. The Galaxy S6 Edge Plus is rumoured to get a larger 5.5-inch screen with curved edges, more RAM and an updated CPU.

Although, Samsung is having a slow start with the Galaxy S6, the S6 Edge has received more demand than its sibling, which might be the reason why the company is planning to launch yet another curved variant in such a short time span.

Details of the device are scarce as of now, but we will know more about it in just over two weeks.