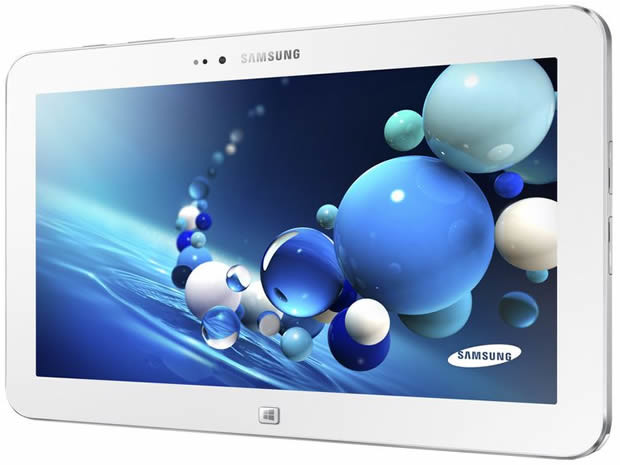 In June, Samsung announced some new Windows 8 products, including the 10.1 inch ATIV Tab 3 tablet. Today, that product was spotted as being on sale for the first time on Amazon for the price of $599.

Amazon's listing confirms what was previously announced about the tablet. It has a 1366x768 resolution screen and an Intel Atom Z2760 Clover Trail processor inside, with 2 GB of RAM and 64 GB of storage, with a microSD slot for additional storage; the tablet has a a total weight of 1.28 pounds. The listing does not offer an estimate of battery life but Samsung's previous press release claimed it will last up to 8.5 hours.

Samsung has other Windows 8 products in the works, including the previously revealed ATIV Q, a tablet which has a display that slides up to expose a physical keyboard. The product is suppose to run both Windows 8 and Android with an impressive screen resolution of 3200x1800; there's no word on when the ATIV Q will go on sale nor what it will cost.