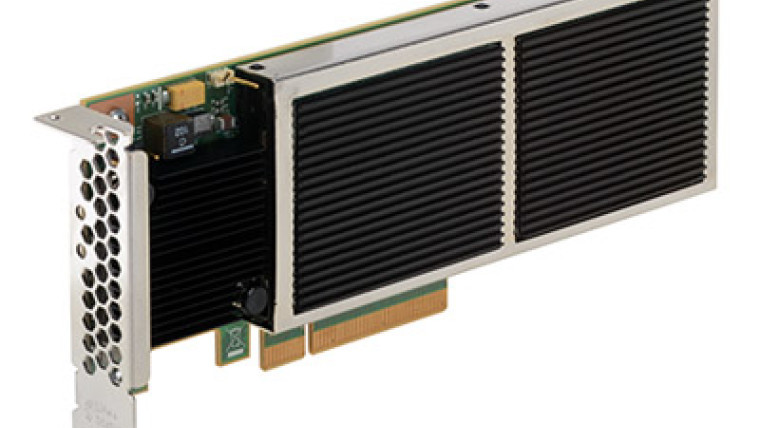 Not too long ago, we saw the release of a compact, 2.5-inch SSD with a titanic capacity of "only" 15.36 TB, courtesy of Samsung, fueling the dream that we'll see higher capacity consumer SSDs in the near future. Also, perhaps they will be cheaper than the present-day 2TB 850 EVO and 850 PRO.

Seagate today unveiled a new SSD, but this time it is about a different superlative. The company claims this is a production-ready design that is the fastest of its kind. A single drive is capable of reaching an impressive 10GB/s (yes, gigabytes!), by leveraging the Non-Volatile Memory Express (NVMe) protocol over 16 PCIe lanes.

Seagate says that the new drive is about 4GB/s faster than the previous fastest single SSD. The drive in the image above is Seagate's current 4GB/s speed demon, the XP6302. On top of the blazing speed, the drive is compatible with the Open Compute Project (OCP) specifications, making it a very attractive option for data centers and high performance computing (HPC).

Seagate is part of the consortium responsible for NVMe, and hopes to "replace the legacy Serial AT Attachment (SATA) standards and eliminate informational bottlenecks". The company is planning to bring the new SSD to market around this summer and will also produce a second variant for eight-lane PCIe slots, which still manages to reach speeds of up to 6.7GB/s.

The new drive is meant for the enterprise, which means it'll likely cost an arm and a leg. In the meantime, we mere mortals will have to be happy if we can get our hands on a Samsung 950 PRO SSD, which is supposed to come in up to 4TB capacities this year, reach read and write speeds of 2,150MB/s and 1,500 MB/s, respectively, and can be had for as little as $182 for the 256GB version.