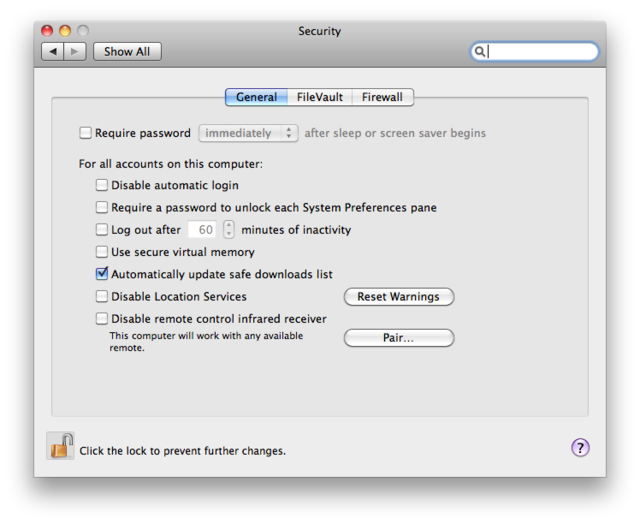 Apple has released an important security update for users of Mac OS X Snow Leopard. The update, which requires Mac OS X 10.6.7, removes known variants of the recent MAC Defender malware which began surfacing at the beginning of May. In addition, the update also enables the operating system to update its internal list of known malware on a daily basis via a new background process. The new option to control daily updates is available as shown in the above screenshot.

The update comes a week after Apple officially acknowledged the issue in a support knowledgebase article. The changes in this update are listed in the following KB article posted by Apple:

The move to enable a new updating mechanism ahead of the next scheduled update for Mac OS X, 10.6.8, may be seen as a response to the growing number of MAC Defender variants and spinoffs. Shortly before the publication of the MAC Defender KB article last week, a new variant under the name "MacGuard" appeared. Unlike MAC Defender, MacGuard does not require users to supply administrator credentials for installation.