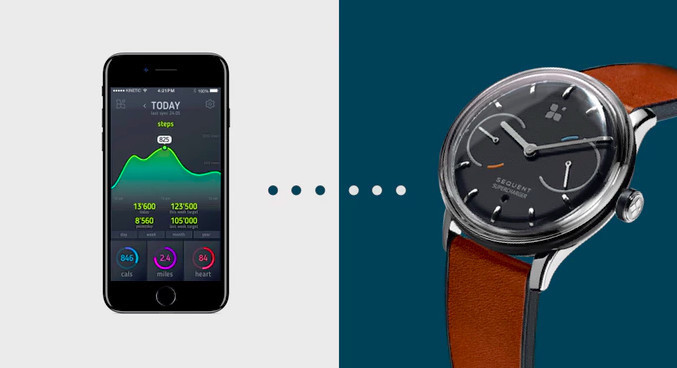 When it comes to smartwatches, there is always the problem of not getting enough battery life. But, there have been fairly good solutions in the past from the likes of Pebble that could squeeze nearly a week's battery life from a single charge. But, what if you could go infinitely without a single charge from a wall socket? That is what Sequent is proposing with its latest smartwatch that is powered by kinetic energy.

Now, a watch being powered by kinetic energy is nothing new. Seiko has offered this technology in its watches for nearly three decades and many other companies now do as well. If unfamiliar, this works by harnessing the electric energy generated via the wearer's movements. This energy is then captured and stored, allowing the watch to function without the need for a traditional battery or for a watch battery to be replaced.

The Sequent being offered on Kickstarter offers no compromises according to its maker and is designed in Switzerland. Not only does the watch look good and function like a traditional timepiece, it also offers additional perks like health tracking via its heart rate sensor, subtle notifications, and even GPS tracking. The watch will be compatible with iOS and Android and have its own monitoring app.

Although there are a number of different options available, the Sequent project can be backed starting at $189. With 31 days to go, the campaign has already been funded, but remember, this doesn't necessarily guarantee a device in your hands by the promised date. If you'd like to take a look at the details, be sure to head to the link below.