Microsoft has posted up a new advertisement on its Nokia US YouTube channel mocking Siri yet again, who in all fairness has become a bit of a target since Cortana arrived on the scene and started proving exactly what she is capable of.

If it's not World Cup predictions, or simply asking now and then what interests you so she can better serve your needs and wants, then the video below wonderfully demonstrates this.

With Apple possibly announcing an iWatch, two new iPhones and other things today, we are left wondering if poor 'ol  Siri will also get some tlc so she isn't continually perceived as the 'simple sister' that Microsoft so happily likes to point out in its commercials. 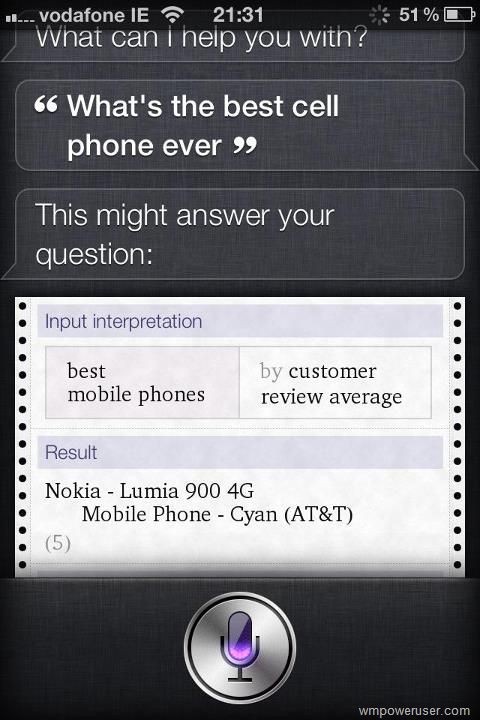 Two years ago, Siri hilariously favored Nokia over the iPhone, which was later 'patched'.

Sorry Siri and Apple fans, but do stay tuned for Apples press event kicking off today at 10AM PT / 1PM ET, we'll be bringing you the latest coverage of all the reveals, no joke.