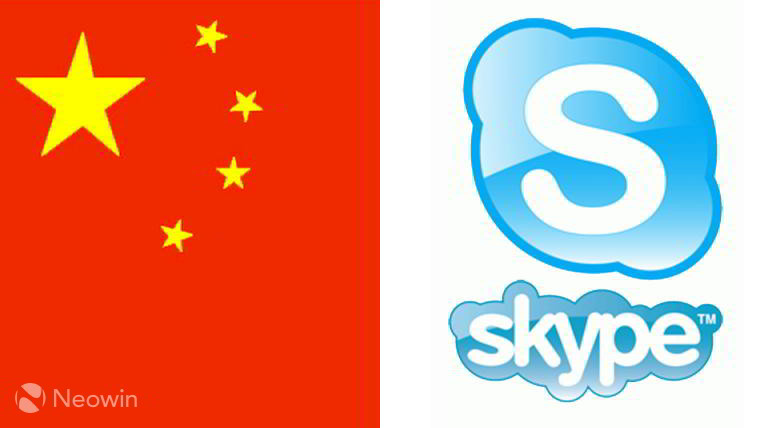 The crackdown on the flow of online information continues in China. The country likes to monitor internal communications and many apps and programs that have solid encryption methods have been drawing a wary eye from Beijing. It appears Skype may be the latest casualty.

Chinese users flooded to internet message boards to complain about the fact they could no longer pay for Skype services through Apple, according to a report in the New York Times. A check shows the app was removed from several popular download sites in the country, as well as the iOS App Store.

"We have been notified by the Ministry of Public Security that a number of voice over internet protocol apps do not comply with local law," an Apple spokeswoman told the NYT. “These apps remain available in all other markets where they do business.”

Skype had been “temporarily removed” from Apple’s store, a Microsoft spokesman said, although the company was “working to reinstate the app as soon as possible.” Getting it reinstated to the Apple store is only part of the battle, however, as Google’s services are mostly blocked in China, meaning that Android users cannot get it from Google Play, and must check alternate sources.

The app apparently still works within China, but access to it has been curtailed. Skype becomes the latest in a series of online communications apps that have disappeared from Chinese download sites. Earlier this year, WhatsApp was blocked, while Gmail, Facebook, Snapchat, Twitter, Telegram, and Line have faced similar fates.

Tougher cybersecurity laws are part of the reason.

“A broad reading of provisions in the law could be taken to mean that there is no longer support for allowing unfettered access to foreign communications tools such as Skype, WhatsApp, Signal and others that are outside the direct control of Chinese authorities,” said Paul Triolo, the head of global technology at consultant firm Eurasia Group. “Hence these also come under pressure, and are increasingly being throttled or blocked."

Given the crackdown, it is unlikely the apps will return anytime soon without significant change in the country's rules and views on communications.