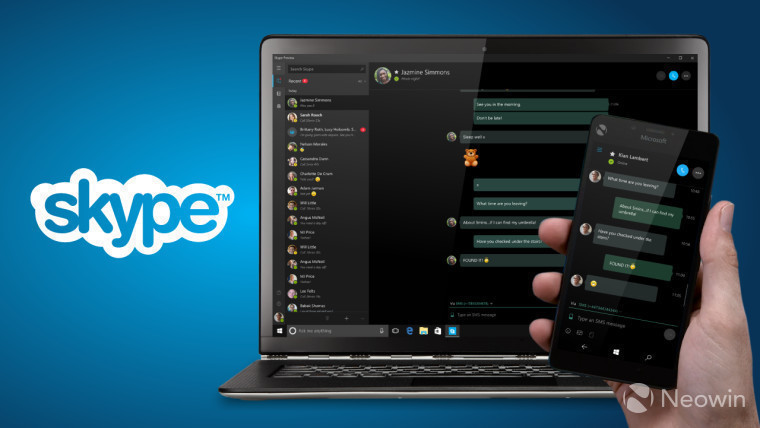 Microsoft and the Skype team are celebrating the end of 2016 by looking forward to the future. And what exactly does that future entail for one of the most popular voice calling services? More bots, of course, and more artificial intelligence baked into the product.

In a blog post on Skype’s page, the team behind the VoIP client talks about the journey into “conversational computing” that Microsoft is taking, by making our technology more intuitive and capable of understanding us. Skype is obviously a big part of that effort, whether it’s through its real-time translation effort, or through the ever-increasing number of bots that are being integrated into the service.

Recently, Microsoft said there were around 30,000 developers creating bots for the platform, with many of those services set to come online next year. The company highlighted some of the big names that have already joined the Skype bot movement, including Skyscanner, Expedia, Hipmunk and UPS. However, according to the Skype team, these will pale in comparison to the large number of services set to become available in 2017. And many of those will have exquisite capabilities, like the language learning bot built by Skype, Learningonline.xyz, and the Eton Institute.

Microsoft highlighted that experimental bot, set to debut soon, as proof of how powerful the overall bot framework can be and how conversational computing will become an ever-more important feature of our lives.

Whether for good or ill, Microsoft’s new bots seem to be here to stay, and 2017 will likely be dominated by the company’s efforts in this field.