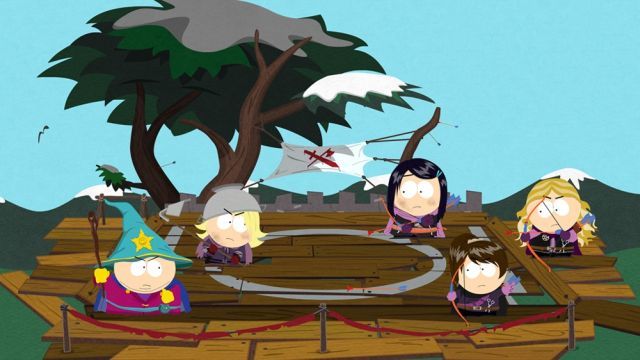 In late December, it was revealed that developer Obsidian Entertainment and publisher THQ would release a role-playing game based on the mega-popular South Park TV series. Now, the official Xbox.com website has, perhaps inadvertently, revealed the full title of the game. The listing shows that the game is now being called South Park: The Stick of Truth.

Aside from a Game Informer print article, little information about the South Park RPG has been revealed. We do know that it will have direct involvement from South Park's creators Trey Parker and Matt Stone. The duo will write the script for the game and oversee its development with Obsidian. Indeed, Parker and Stone sought out Obsidian to develop the game before taking the project to THQ.

Currently, South Park: The Stick of Truth has a late 2012 release date for the PC, Xbox 360 and PS3 platforms. However, in a recent interview with THQ executive Danny Bilson on RipTen.com, he admits that "it’s going to be very close" due to Parker and Stone's other commitments such as the South Park TV show. Bilson added, "We can’t afford to ship it until it’s perfect. Matt and Trey won’t ship until it’s their vision of this ultimate role playing game, where you’re the new kid in town and it’s like being in a South Park episode."