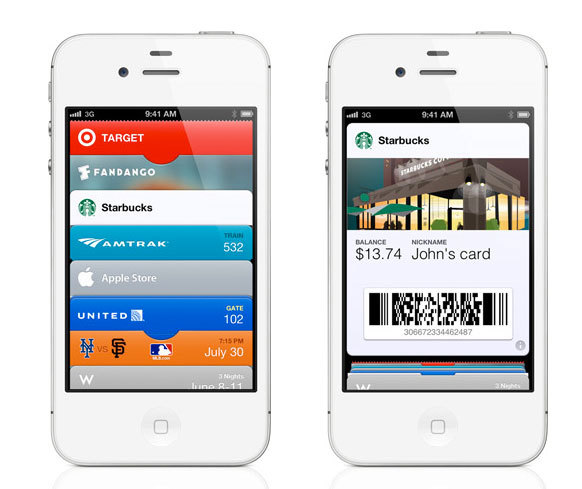 The popular coffeehouse company already has an app for iOS (and Android) for paying your coffee, but Starbucks announced that by the end of September, customers can use Passbook instead. Passbook is Apple's mobile payment solution which uses barcodes and partly relies on geolocation. So if you walk into a Starbucks store and grab your iPhone, it should automatically present you with the Starbucks card inside Passbook. Then you pay by scanning the barcode on the display over an optical reader.

Starbucks made the announcement in a tweet with some binary code in it, which translates into a smiling emoticon :)

Macworld thinks Starbucks' current digital payment card will be integrated into Apple's solution. When the coffee company started the digital service back in 2011 it said it preferred to use optical readers with barcodes instead of NFC, because there aren't enough NFC-equipped phones. The recently launched iPhone 5 also misses support for Near Field Communication, because according to Apple, Passbook "does the kinds of things customers need today."

Apple's app contains boarding passes, tickets, store cards and coupons. It's not a direct competitor to Google's Wallet yet, because it misses support for credit and debit cards.