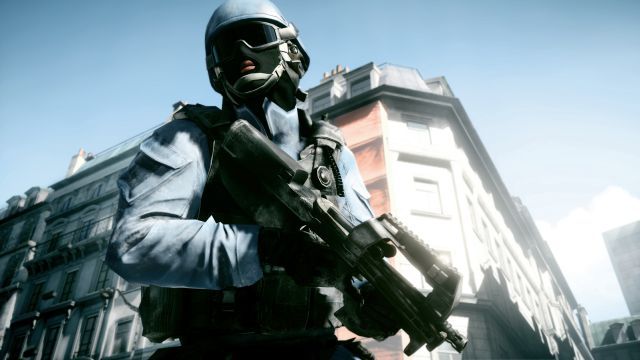 The biggest seller of digital download PC games is Valve's Steam service. However it seems that lately that Electronic Arts, one of the biggest publisher of PC games, has had some prickly relations with Valve over its Steam service. Now it appears that one of EA's biggest upcoming games, Battlefield 3, is not currently planned to be offered for sale on Steam. A listing of digital download retailers on the first person shooter's official web site doesn't currently show Steam as one of those retailers.

At the moment, the US download retailers on the list include EA's recently launched Origin service along with many others including Direct2Drive, Impulse, and GamersGate along with the web sites of retailers like GameStop, Amazon and Best Buy. So far EA has not confirmed why Steam is not listed as a retailer for the game. While Valve has kept its financial numbers for Steam a secret some analysts have estimated that Steam currently accounts for as much as 70 percent of the total PC game digital download market.

EA announced its plans for its own Origin PC game download service in late May. It's already announced some games will be exclusive to Origin including the digital download version of the upcoming MMO Star Wars The Old Republic. On Friday it also announced that the PC Deluxe Digital version of Mass Effect 3 will also be an Origin exclusive. Earlier this week senior vice president David DeMartini stated that "one download service" (presumably Steam) would not allow EA to have full control over EA's post release updates and DLC content. So far Valve has yet to comment on EA's claims.