Take a look at the video above; that clip looks to be a Steve Jobs’ type presentation, or maybe, Steve Jobs practicing for his big on-stage presentation; the clip ends by teasing a new magnetic project that is set to be announced on March 11th. Also, there is no indication on who made the clip or who is responsible for posting it to YouTube or even if this clip is even intended to be a parody, it was very well made.

The video raises a few interesting questions, such as where did this video come from and what is that thing being shown off at the end of the video? You can clearly see the presenter turn off the lights and computers and then with the glowing orb, turn on all of the devices with a simple touch while saying “BOOM”.

The device shown in the clip raises a lot of questions about what is actually being shown. How is it able to turn these devices on, how is it communicating with the product and more importantly who created the device that is being shown in the video? Did Apple make this or is someone else responsible for this device? 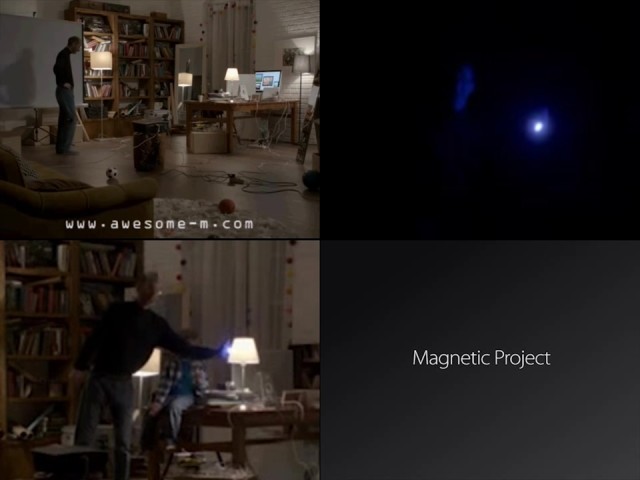 The clip was clearly designed to highlight the unnamed product being shown at the end of the video. We suspect that since the teaser is using an Apple style of design to show that the final product will appeal to similar audiences and could easily interact with other Apple devices.

If the product does work as well as shown in the video, it could be an entirely new way to interact with gadgets. The theme of the video talks about a “world without wires” which is something that we would love to see turn into a reality, but we need more information before we can declare this product a great success.

The clip and webpage highlights March 11th as the next milestone for this project and we will be curious to see who or what is announced that day. We don’t know about you, but we here at Neowin are quite excited to see what will be announced on March 11th.