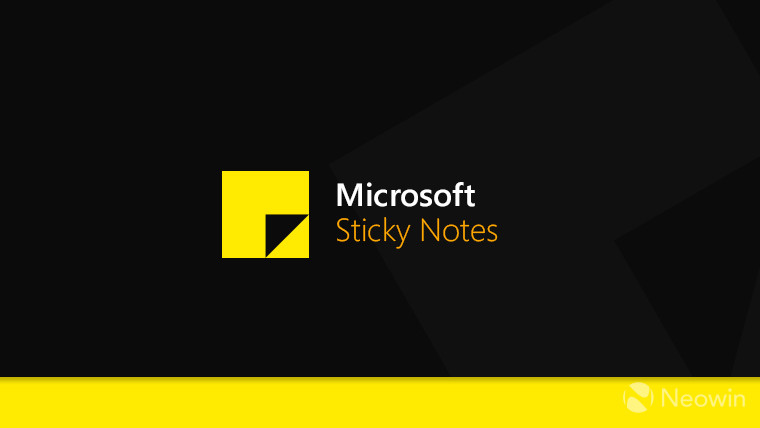 The Windows 10 Sticky Notes app is getting another update today for Windows Insiders in the Fast ring, bringing it to version 3.7. Unlike version 3.6, this release doesn't include any major new features, but it does bring back ink insights.

Basically, there was a bug in previous versions that prevented ink analysis from working, which meant that insights didn't work on inked notes. That's been fixed now, and Microsoft also made a bunch of improvements to insights as a whole, adding the ability for them to be remembered across sessions, and even when the user is offline. 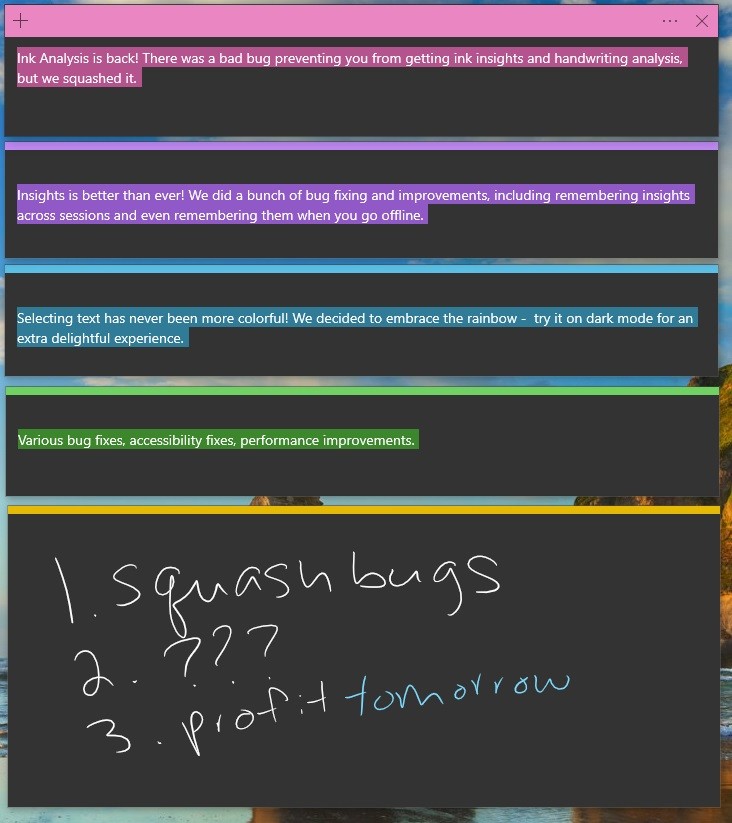 Another change is that text selection is colorful now, meaning that selected text will now be highlighted in the same color as the one you've chosen for each particular note. The new colorful look seems to line up nicely with pride month, which Microsoft has celebrated with new Surface Type Covers as well.

Finally, Microsoft has done some housekeeping, squashing bugs, doing some accessibility fixes, and improving performance. If the new changes interest you, you can download the most recent version from the Microsoft Store if you're in the Fast ring. If you're not, the new version should come to you later on.