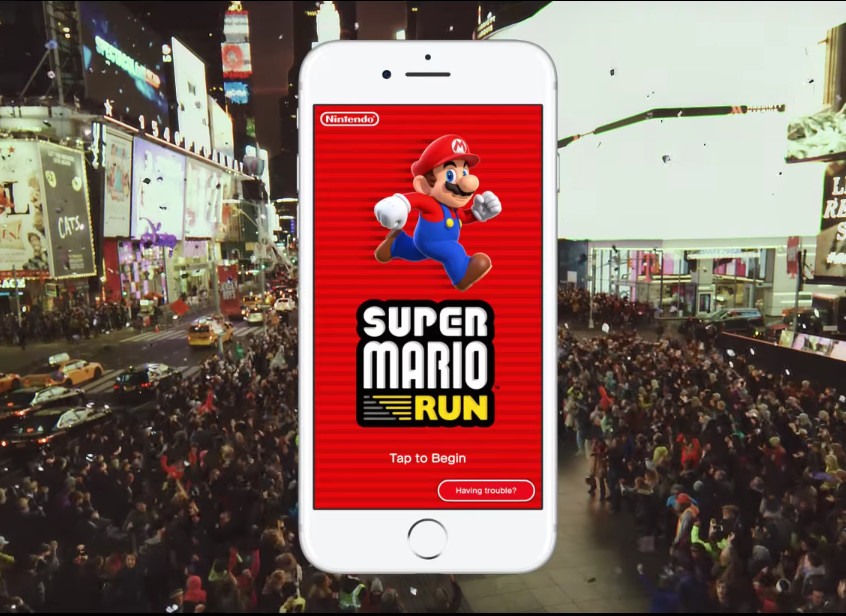 Although Nintendo has stumbled in recent years, the charm of its iconic characters is undeniable. While it took some time, the company finally entered the mobile space in 2016 after years of maintaining IPs on its own gaming devices. Miitomo would become the firm's first smartphone app on iOS and Android devices, but it wasn't quite what many had hoped. Later in the year, Nintendo would answer the call for a proper title by leveraging their biggest star, Mario. The company would announce Super Mario Run at Apple's iPhone event in the fall, with the official release arriving earlier this week.

Nintendo released an official statement today stating that the app pulled in 40 million downloads and topped the free and paid charts on the App Store. The popularity of the title comes as no surprise, considering how quickly it ascended the App Store charts upon its first few hours of release. For those that enjoy endless running games, Super Mario Run offers a unique twist to the genre, but don't expect the experience to be cheap, as it is available in the US for $9.99. Lastly, for those that hope there will be more content in the future, Nintendo has stated that the title will not be gaining any expansions or added content.