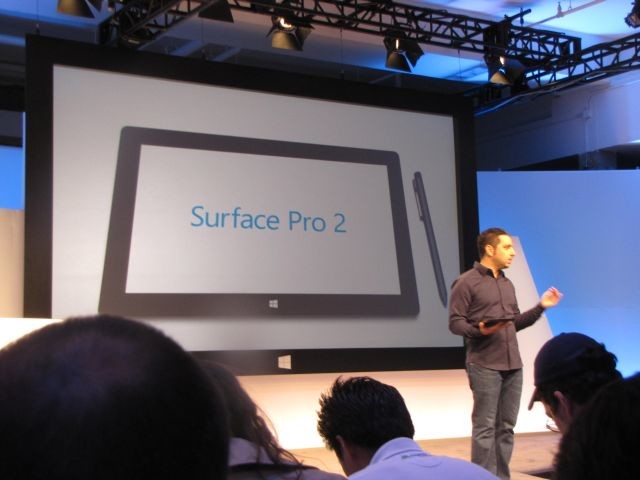 As expected, Microsoft has announced the Surface Pro 2 and the upgrades are inline with our leaked information. The Pro 2 will include a new Intel Haswell chip, additional RAM, and a new kickstand that supports two positions.

The upgrade to Haswell will help to increase the battery life of the Pro and the updated kickstand with two-stops will increase the flexibility of the device and give consumers more viewing options.

Microsoft has also removed the Windows logo from the back of the Surface Pro 2 and it now simply says, 'Surface'. Additionally, the new Haswell chip boosts performance by 20% over the current Surface Pro.

The updated kickstand is arguably one of the biggest upgrades as it makes using the device in different scenarios even easier as you now have the ability to position the device at two different viewing angles.  While it is a small addition to the device, it will be a welcomed upgrade over the last generation of Surface devices.

The upgrade to the Surface Pro is a modest upgrade and will provide a general boost to performance. With the addition of the two-stop style kickstand, the Surface Pro 2 is finding ways to further differentiate itself from its competitors while doing so in a sleek package.