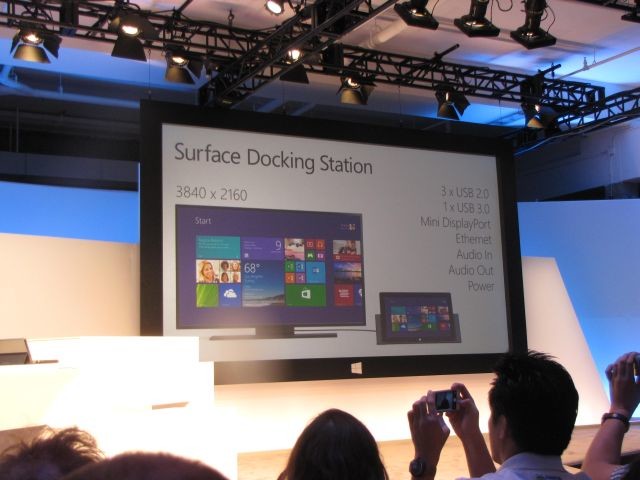 Microsoft has officially announced the Surface Docking Station for its Surface Pro tablets, which will be arriving later this year. The dock will connect to the port on the bottom of the Surface and will offer additional ports.

The new dock provides three USB 2.0 ports as well as a single USB 3.0 port, MiniDisplay Port, Ethernet, Audio In, Audio Out and a power button. Panos Panay, general manager of Microsoft's Surface team, said two monitors can be powered from the docking station. Surface Pro tablets simply slide into the dock and are connected through the bottom input.

While the dock may not be as useful to some as say, the Power Cover, it will allow the Surface Pro to be a more complete desktop replacement. By utilizing a dock, the Surface is quickly able to transform between a tablet and a desktop with a simple connection.