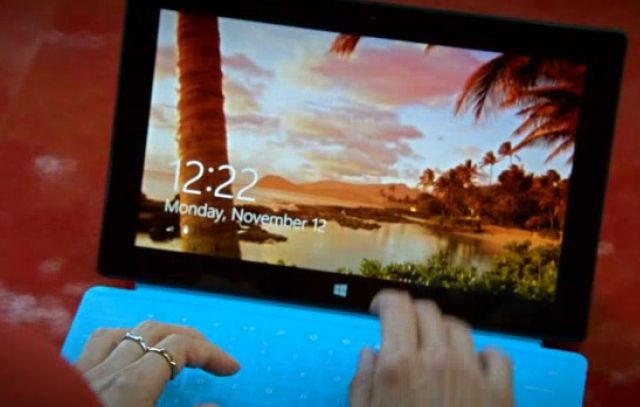 Microsoft's Surface tablet has already been spied inside the fictional universe of one TV show, NCIS: Los Angeles. This week, Microsoft's Windows RT tablet has popped up again on television, and this time the setting is the much more glamorous island of Hawaii.

The latest episode of the CBS crime drama Hawaii Five-0 has Officer Kono Kalakaua, played by Grace Park (we still think of her as Boomer in Battlestar Galactica) whipping out the Surface from a police car. She makes sure to show off the blue Touch Cover and the tablet's built-in stand. 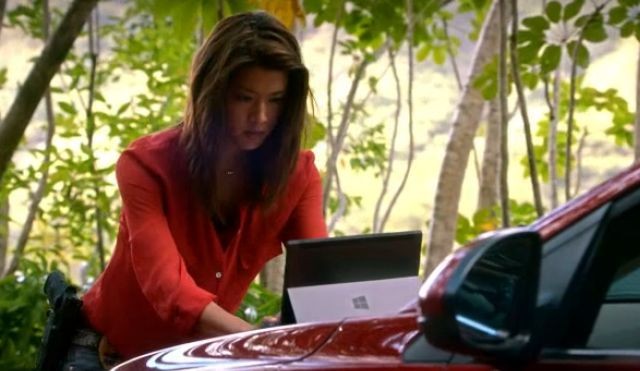 The tablet was then used by Officer Kalakaua to access a "Federal Multi-Agency Database" in order to look up a license plate number. There is a slight problem with that scenario. The Surface is being used outside in an area that doesn't appear to be near a WiFi hotspot (at the moment, the Surface is a WiFi only device).

Of course, we could assume that the Surface is accessing someone's 3G or 4G hotspot at that moment. In any case, we doubt that in the real world, the cops in Hawaii would have access to a tablet that just came out a few weeks ago. That is the beauty of product placement.