As the successor to last year's Richland APUs, Kaveri has been updated with new CPU cores based on AMD's Steamroller architecture. The Radeon R7 series GPU has also been integrated, though the 384 SPU version on most Kaveri APUs isn't much different than the A10-6700 and A10-6800's Radeon HD 8670D. Kaveri is AMD's fourth-gen APU while Steamroller is third-gen CPU technology that is supposedly 10% faster per-clock and per-core than Piledriver. 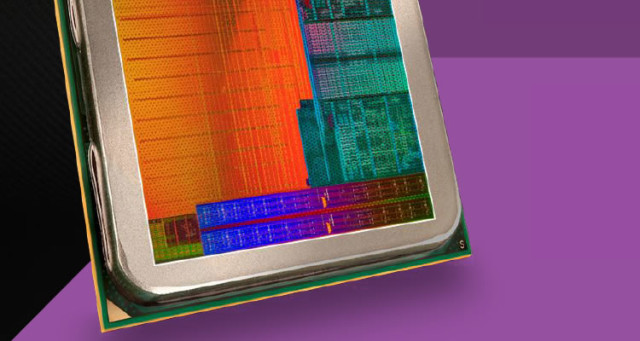 On the GPU side of things, AMD is moving away from the Cayman architecture featured in Richland, which was first seen back in 2010 with the Radeon HD 6000 series. In its place will be a Hawaii / GCN-based GPU, allowing for HSA Heterogeneous Computing.

A new memory controller is also included with Kaveri, supporting DDR3-2400 and hUMA (heterogeneous unified memory access), which gives the CPU and GPU simultaneous access to the same memory. There's PCI Express 3.0 support as well, providing up to 24 lanes for better CrossFire performance.