Motorola raised quite a few eyebrows last year with the launch of its affordable Moto G handset, but the company is planning an even bigger push at the very lowest end of the market. While rivals such as Nokia aggressively pursue the entry level of the market with low-cost-high-value handsets, Motorola has revealed that it is keen to deliver even more affordable smartphones.

Despite a price tag of just $179, the Moto G offers some pretty decent specs, including a 1.2GHz quad-core processor and a 4.5-inch HD (1280x720px) display. But Motorola CEO Dennis Woodside sees significant potential in targeting buyers with even more modest budgets.

Speaking with Trusted Reviews, Woodside explained: "In much of the world, $179 is a lot of money, so there's a big market at a price point of less than $179." He added: "We're going to look at that, and just delivering on that value promise is super important. I mean, why can't these devices be $50? There's no reason that can't happen, so we're going to push that." 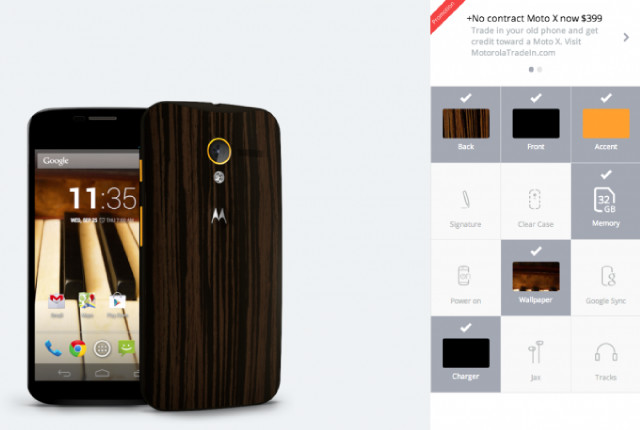 Motorola's plans for the future do not lie solely at the entry level of the market though. The company launched its high-end Moto X handset with a range of user customization options, including various colour choices and combinations, rear covers with a wood finish, and custom engraving. But Woodside revealed that this is just the beginning.

"On the premium side, we're pushing more customization," he said. "Today, you have colours and beginning of materials, but you don't have screen size and you don't have functionality, and we're going to bring all that in the next year or so."