Following the success of 2008's HAF 932 chassis, Cooler Master didn't waste any time adapting its High Air Flow design to various other form factors and price points -- many of which we've covered in depth. Along with its larger options, the company offers three mid-towers: the $50 HAF 912, $100 HAF 922 and $130 HAF XM. 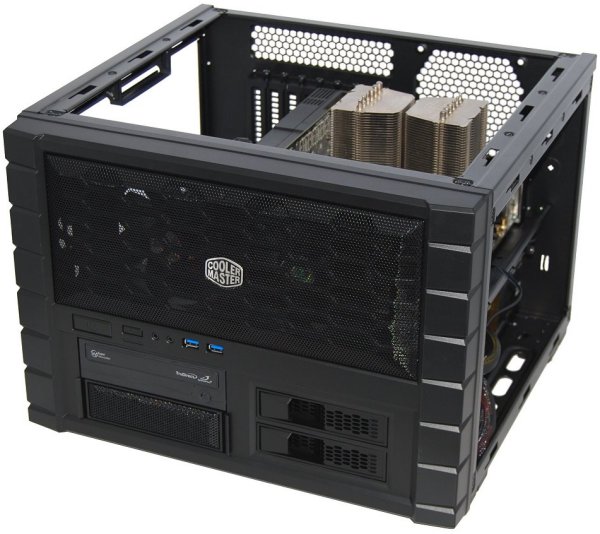 While the cost of these cases varies significantly, they're all fairly similar in terms of stature in that their tall, rectangular profile resembles most other mid-towers. Mixing things up, Cooler Master's latest mid-size enclosure breaks the conventional mold with boxier dimensions -- in fact, the company describes it as a "LAN box". Given the HAF XB's cube-like figure, it's no surprise that Cooler Master is pushing the LAN-friendly angle, which seems to be increasingly common among case makers.

Whereas the Storm Scout 2 and similar designs have a handle integrated into the top of a standard mid-tower enclosure, the HAF XB has handles built into each side. That may sound trivial, but the difference between a one-handed side grip and two-handed front grip is appreciable if you're hauling over 30kg (66lbs) of hardware.