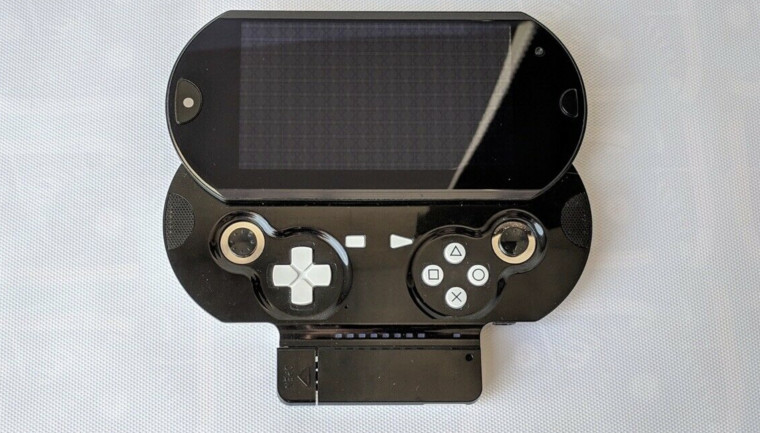 Sony had a decent run when it comes to portable consoles, but at the time, it was entering a tough product category that was dominated by Nintendo. Despite this, Sony managed to sell quite a bit of units of its first console, the PlayStation Portable, giving birth to its successor, the PSP Go, and later on the PlayStation Vita. Although Sony has officially ended production of the Vita, a rare version of the console has popped up online and can be purchased for $19,999 USD.

Although this might be a first look at the prototype console for many, this isn't the first time it has seen the light of day, with a very detailed video surfacing in 2016, and a full teardown occurring last year. What makes the prototype intriguing is that it has a slider design, which could have been inspired by the PSP Go. The DEM-3000H84, which is labeled "not for sale" also features a single slot for SD cards, a full-sized HDMI port, and will also come with a LAN adapter. Unfortunately, you cannot use this device on the go, as it has no internal battery, and must be plugged in to function.

So for those with deep pockets that are looking to acquire a piece of gaming history, you can head over to eBay, where it is currently listed by what looks like a reputable seller, boasting over 2,000-lifetime sales with a 100 percent positive feedback rating. Again, the price is set at $19,999, but it does look like the seller is willing to entertain offers.