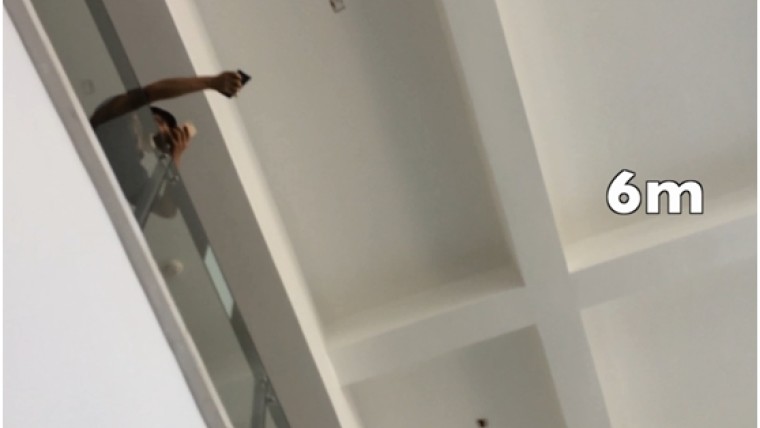 Bluboo is another one of those awkwardly named Chinese smartphone companies but their "Xtouch" appears to have been built to take one hell of a beating. The company previously dropped the smartphone several times over and over again and, while the edges of the device were scratched fairly significantly, the screen managed to take the beating without much trouble (video below).

Now, in a follow-up video, Bluboo has decided to push the envelope and drop the smartphone from a height of 20 feet (about 6 meters). The self-described "OnePlus 2 killer" does manage to get through the brutal drop without many problems at all, at least none that can be observed from the video itself.

The Bluboo Xtouch's survivability can be attributed to a mixture of the Corning Gorilla Glass 3 glass panel, the metal body, and a whole lot of luck. Nevertheless, it's always positive to know that we're slowly getting to the point where dropping your phone doesn't mean it's the end of the line for it.

The Bluboo Xtouch is expected to be released next month and will feature a 5-inch FHD display, 3 GB of RAM and a fairly healthy 3050 mAh battery. Neowin will be getting it's hands on one for review, so keep an eye out for that in the coming weeks.

You can view the video with the 20-foot drop tests below: