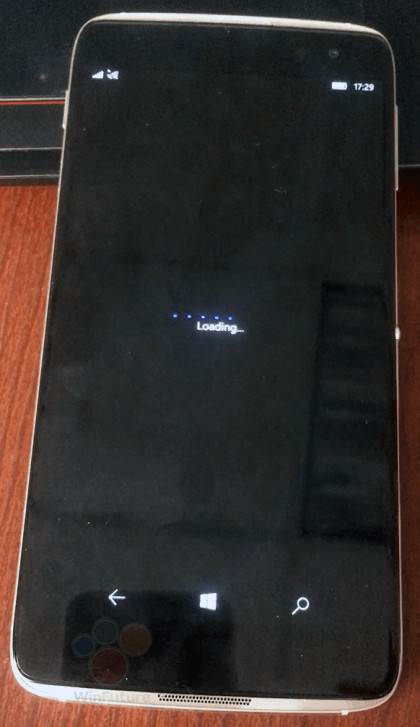 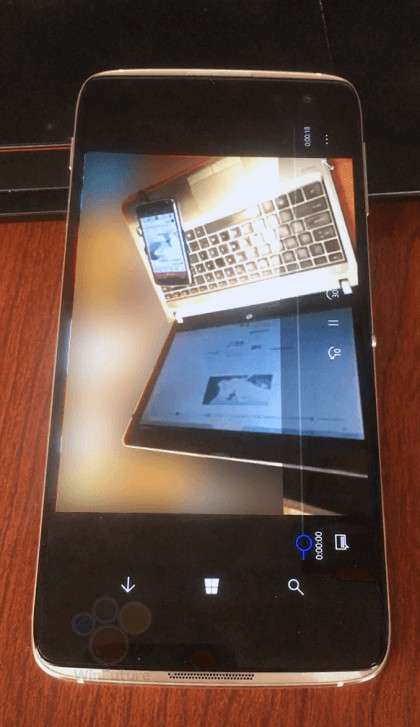 It has been quite some time since Microsoft unveiled the Lumia 950 XL and Lumia 950, and although there have been sporadic releases of lower and mid-tier Windows devices, there has been a bit of drought when it comes to top-end units. Yes, HP is finally shipping its Elite x3 to customers by month's end, but not much else that's notable has managed to emerge onto the market.

Alcatel has long been rumored to be developing a high-end Windows 10 Mobile handset, and it looks like a new leak could provide us with our first possible glimpse. It already launched a low-cost Windows 10 Mobile device earlier this year, exclusively on T-Mobile.

What you see above is the alleged Idol 4 Pro - the handset that has been previously called a Windows 'Superphone'. The device is rumored to be powered by a Qualcomm Snapdragon 820 processor, with 4GB RAM, and a 22MP camera. If the above images are authentic, it looks like the Idol 4 Pro will take its design cues from Alcatel's summer Android handset, the Idol 4S.

Unfortunately, there isn't a timeline of when the Idol 4 Pro could be announced or even if it will make it to market.