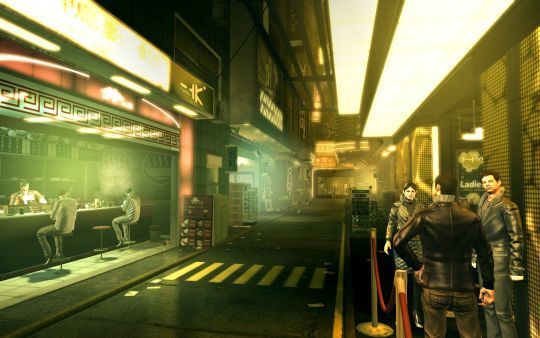 This week, fans of a certain game franchise should be very happy. The biggest game release of the next week is unquestionably Deus Ex Human Revolution. It's the third game in the cyberpunk themed first person action-RPG series. The original game, developed by the now defunct Ion Storm and released in 2000, is considered to be a true gaming classic thanks in part to its deep gameplay and non-linear design. In 2003 the sequel, Deus Ex: Invisible War, was released by Ion Storm. However that game wasn't as well received by many fans of the first game who felt that the sequel "dumbed down" the gameplay and designs of the original.

It's now eight years later and a new team, Eidos Montreal, is in charge of making Deus Ex Human Revolution for the PC, Xbox 360 and PS3 platforms. However the storyline of the third game actually takes place in 2027, 25 years before the events of the first Deus Ex title. That means fans of the first game won't see nanotech-based augmentations for your player character this time. The lead character, Adam Jensen, is fitted with mechanical augmentations after he is injured due to an attack on the company he works for, Sarif Industries. Jensen has to deal with a massive conspiracy in the game which will make him fight using his special abilities, use stealth in other locations and hacking skills for other problem solving efforts. The PC version should support DirectX 11 graphics features.

The only other major release this week is for Call of Duty Black Ops Rezurrection (nope, it's not a typo) for the Xbox 360 console. This downloadable pack for the hit first person shooter adds four zombie themed maps that were previously included as exclusives for the Hardened and Prestige versions of Black Ops. There's also an all new zombie level that takes place on the surface of the moon. You read that right.